On Apollo 11's 50th Anniversary, NASA Looks Towards The Future 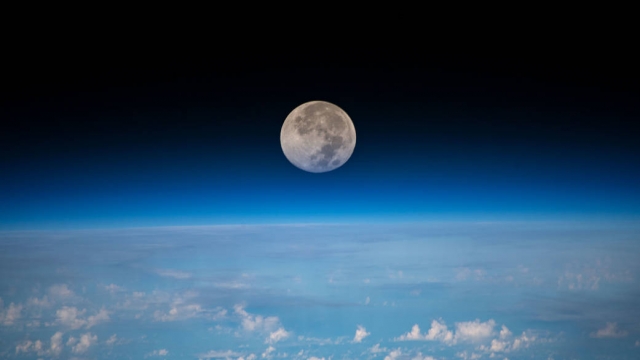 And that future involves getting back to the lunar surface.

Neil Armstrong: "Houston, Tranquility Base here. The Eagle has landed."

Houston Mission Control Center: "Roger, Tranquility, we copy you on the ground. You've got a bunch of guys about to turn blue. We're breathing again. Thanks a lot."

As NASA and the U.S. commemorate the 50th anniversary of the historic Apollo 11 moon landing, the space agency is focused firmly on the future. And that future involves getting back to the lunar surface.

"Apollo went up there, planted a flag and then we stopped. Our goal is to — that the moon is not a stop. It's just a first step in a sustained presence in the solar system."

Charles Lundquist is the deputy program manager for Orion.. He's optimistic the Orion spacecraft will be ready to send humans to the moon by the Trump administration's 2024 deadline.

"With Orion we feel very confident. We've had three flight tests already, we've demonstrated the abort capability, both in a pad abort and a nascent abort. And we flew in late 2014, we flew a high-altitude mission that tested a lot of the in-space and landing systems."

Completion of the Orion spacecraft is still a ways off, but the space agency does have a 20,000-pound full-scale mock-up here at the Johnson Space Center in Houston, Texas, it's already using for training purposes.

Lundquist noted it's not a coincidence that the spacecraft closely resembles the shape of the Columbia module used in the Apollo 11 mission.

"Physics hasn't changed in 50 years. Uh, the physics of a re-entry into the Earth's atmosphere would dictate a capsule shape. ... But I assure you that on the inside it's completely redesigned. It's got a tremendous amount of capability.

One thing that's definitely changed? The astronauts. Women weren't officially allowed into NASA's astronaut training program until 1978 — well after the Apollo program ended. But NASA's already said a female astronaut will be a part of this upcoming mission.

But before Orion takes those astronauts to the Moon's South Pole, NASA plans to send a rover up to the lunar surface to search for water inside the moon's permanently shadowed craters.

"If we can get to the water that's a really big deal because we can utilize that water for things like oxygen and hydrogen, which are major components of rocket fuel," engineer Justin Ridley told Newsy. "And if we can make rocket fuel on the moon, we can maybe utilize that as a jumping off point to get to Mars."

NASA engineer Justin Ridley showed off prototypes of rovers and robots the space agency has been developing for future exploration, including this Space Exploration Vehicle. NASA hopes that one day astronauts will be able to live and drive around in it for weeks at a time while on the lunar surface — a kind of "Space RV," as Ridley put it.

Even though Lundquist thinks a 2024 manned mission is "an achievable target," he did note that support and funding from lawmakers are key factors.

"Probably the biggest challenge for Orion is a political challenge associated with sustained support over the long haul because you can imagine it takes many years to field a system like this. So having a consistent policy and direction is really important for NASA over the long haul."