Online creative community shares why it's difficult to leave Twitter 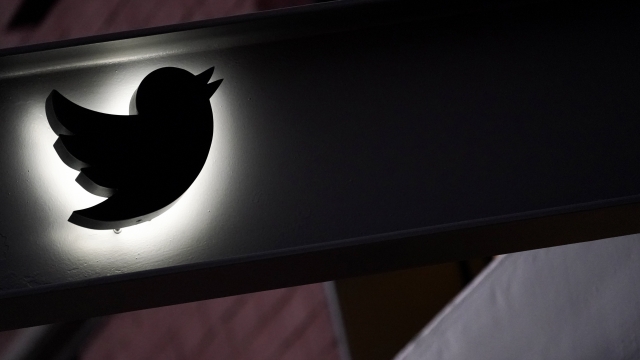 After Elon Musk's purchase of Twitter and the mass exodus that followed, many users are wondering if they should leave the platform.

It's hard to escape the headlines about the changes at Twitter, like its new leadership under Elon Musk, mass layoffs and resignations, and its new policies regarding suspensions, verification and its premium plan Twitter Blue.

But the platform itself is more than the company's leadership and policies. Twitter has around 330 million users around the world, including massive communities of artists, academics and journalists. Now many are rethinking their relationship with the site.

According to surveys from the Pew Research Center, more than half of Twitter's users regularly get news from the platform, and 46% of users say it has helped them understand world events.

But what drove users to the platform in the first place?

"Twitter is much more language-based," said Mara Einstein, a professor of media studies at Queens College. "That's why you find more academics. That's why you find more journalists. You'll find more writers, people who use language as part of what they do, spend more time on Twitter because it is that sort of banter that you get with people that makes the site really come alive for folks."

"That lends itself to becoming a really powerful tool for freelancers to market themselves," said Diana Perlov, senior director of client success at marketing agency Open Influence.

Experts say it's both the ease of the platform and the age of the site that allowed communities of artists, writers and academics to grow.

As users worry of future technical issues and loosened content moderation as a result of Musk's takeover, the market research agency Insider Intelligence predicts more than 30 million users could leave Twitter over the next two years.

"Definitely creators should start to look for ways to establish a presence on emerging platforms, like Discord and Mastodon, to give audiences opportunities to find them elsewhere," Perlov said.

Small creators and communities have already started migrating to some of those platforms as well as other legacy sites like Instagram. But as the future of Twitter hangs in the air, smaller creators face an uphill battle of starting over — and sometimes from scratch.

"I don't know that I would try to keep going with it because it can be so frustrating, and it's years of your life," said Sage Suede, a musician, model and influencer. "Then you're like, did it really add up?"

"There's no real exact replacement for Twitter, so it's like, I don't want to have to join a bunch of different things to follow each of the individual people that I want to stay in contact with, but I don't know what else to do other than either do that or let them go," said Rana Tahir, a writer and educator at Pacific University.

Twitter CEO Elon Musk suspending some journalists' accounts has worried press freedom advocates, but he says it's because of policy.