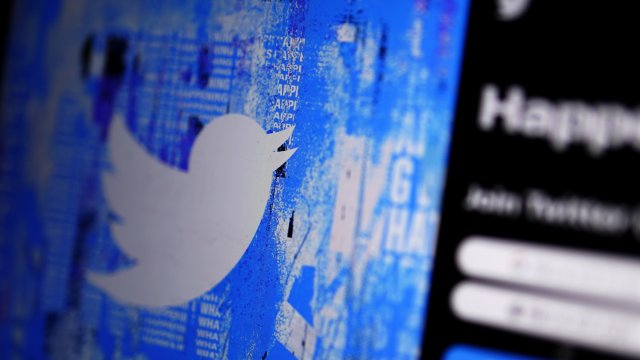 Elon Musk inherited Twitter's issue of taking down child sexual abuse material appearing on the platform. He says it's his top priority to address.

Over the last few weeks, Twitter CEO Elon Musk repeatedly tweeted that the company's top priority is to address issues of child sexual abuse material appearing on his platform.

The problem is one Musk inherited. Twitter says that between July and December 2021, it suspended nearly 600,000 accounts for posting explicit content of children — a 31% increase from the previous six months.

"A lot of child advocates call Twitter the front porch for predators on the internet, and what I mean by that is that it's long been the go-to spot for pedophiles, predators, sex buyers, pimps to recruit," said Lina Nealon, director of corporate and strategic initiatives at the National Center on Sexual Exploitation. "Unlike most popular social media, [Twitter] does allow pornography, and when you do allow pornography with very little to no age or consent verification of those who are depicted, inevitably there's going to be child sex abuse material."

Twitter, like other social media companies, has a legal duty to remove explicit images of children, but that scrubbing is also done to keep advertisers around. Paid ads make up more than 90% of Twitter's total revenue, and companies do not want their content to appear next to unsavory material. Companies like Mazda, Dyson and PBS Kids have all pulled their ad spending from Twitter after their ads appeared next to solicitations for child pornography.

The EU's commissioner for digital policy told Elon Musk Twitter will have to increase efforts to comply with new rules under the Digital Services Act.

Critics also say the problem could be exacerbated by new features that Musk's Twitter is looking to rush out — namely a paywalled video feature that the Washington Post reported is in development.

"People would pay to unlock content, creators would be paid and Twitter would also be getting a cut," Nealon said. "It's very similar to the OnlyFans model, which we know is widely used with those in the pornography and prostitution industry. Twitter's own analysts said because Twitter can't even get a handle on the child sex abuse on the platform, that a feature like paywalled video — which would make it even harder to detect that type of material — it would only increase the risk."

Twitter did not respond to Newsy's request for comment on its plans to deal with this material. Twitter did ban over 44,000 accounts in India from Sept. 25 through October for child sexual exploitation or similar content, but reports show that only one person is left to remove child sexual abuse material across the entire Asia Pacific region.