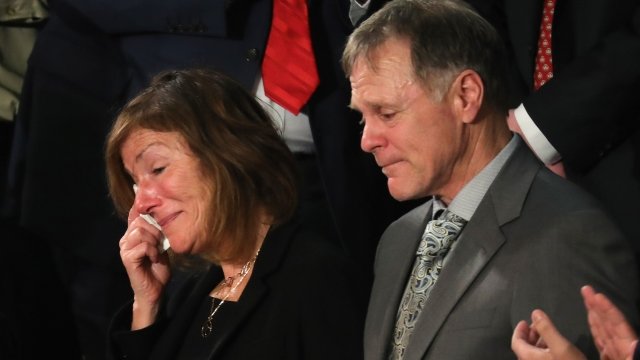 Warmbier was jailed in North Korea for 17 months. He died a few days after he was returned to the states. 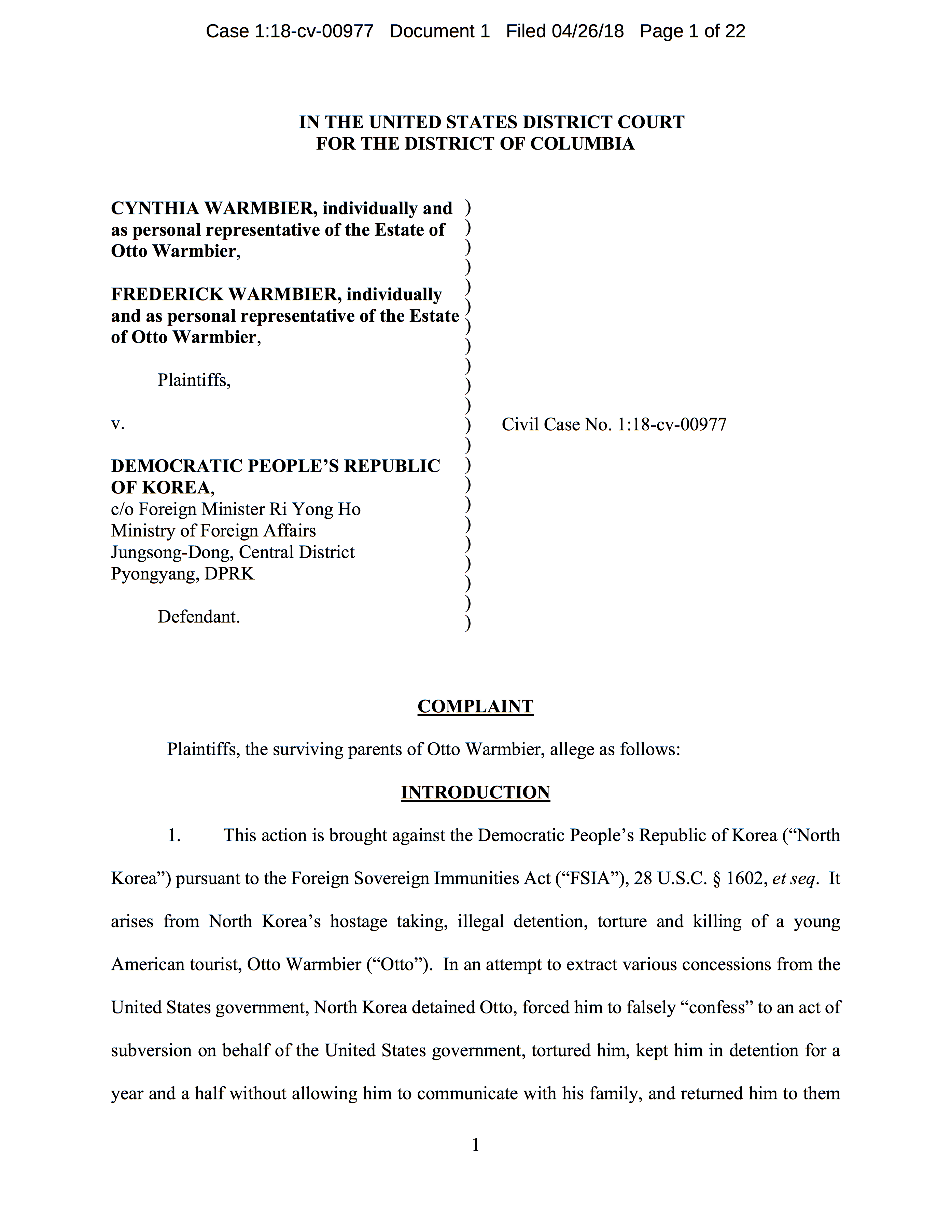 Americans can't usually sue foreign governments, but there's an exception for countries listed as state sponsors of terrorism. Since the Trump administration put North Korea back on that list last fall, Warmbier's parents can now sue for punitive damages.

Warmbier was jailed in North Korea for 17 months. North Korea claimed he was arrested after trying to steal a propaganda sign. His parents say he was taken as a political prisoner and forced to sign a confession admitting he was "'closely linked' to the CIA."

Warmbier was returned to the states in June. But he was in a coma and had major brain damage. He died a few days later.

If his family's lawsuit is successful, the money may come from a fund Congress started for victims of state-sponsored terrorism.