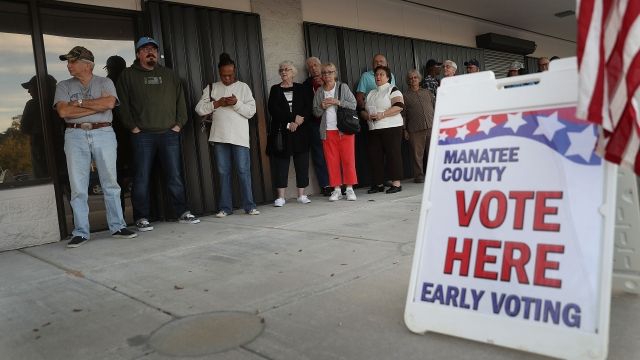 It's a way to better understand what potential voters think.

The problem with that statement is that oversampling is not actually a voter suppression technique. It's a tried and true technique in polling.

Pollsters oversample members of different groups to get a better idea of what those demographics think, so the groups represent a bigger pool of the poll than is reflected in the actual population.

For example, Hispanics make up about 17.6 percent of the entire U.S. population. So if there were a survey sample of 1000 people, you'd think it would only include about 176 Hispanics. But in looking at that specific group, the poll would give us a margin of error in the double digits, making it basically worthless. That's where oversampling that group comes into play.

After groups are oversampled, pollsters weight the results so those groups are again proportional to their share of the population, which removes the chance of skewing or bias.

Instead of oversampling, pollsters could just increase their overall sample size, but that makes the polling more expensive. Oversampling is a cheaper way to get essentially the same result — as close as you can get to what voters are actually feeling and thinking.

Oversampling groups isn't a trick. It's not a media conspiracy to make sure Democrats get better poll numbers to suppress GOP turnout on election day. And it doesn't skew the polls. Instead, it gets them a lot closer than they'd probably be otherwise.