Pandas Sent By China Arrive In Qatar Ahead Of World Cup 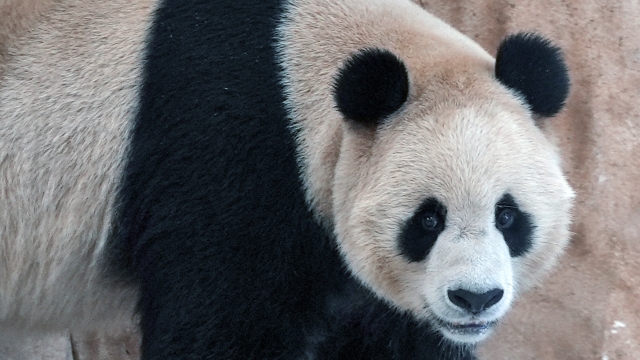 The pandas China gifted will be in an enclosure that duplicates dense forest and shields the animals from stressful noises.

A pair of giant pandas sent as a gift from China arrived in Qatar on Wednesday ahead of next month's World Cup.

They will take up residence in an indoor enclosure in the desert nation designed to duplicate conditions in the dense forests of China's mountainous Sichuan province. Nearly 1,800 pounds of fresh bamboo will be flown in each week to feed them.

The pandas will quarantine for at least 21 days before visitors will be allowed to see them.

Qatar is expecting some 1.2 million visitors for the monthlong World Cup beginning Nov. 20. The gas-rich Gulf nation will be the first Muslim or Arab country to host the world's biggest sporting event.

The National Zoo’s most famous tenants had an enthusiastic breakfast Saturday in front of adoring crowds.

Tim Bouts, the director of Al Wabra Wildlife Preservation, said that in addition to providing the perfect indoor climate for the pandas, the enclosure will also shield them from stressful noises while allowing them to interact with visitors.

"There was a lot of thinking which went into this building to make it, I think, the best building for pandas in the world," he said.

Pandas, which reproduce rarely in the wild and rely on a diet of bamboo in the mountains of western China, remain among the world's most threatened species. An estimated 1,800 pandas live in the wild, while another 500 are in zoos or reserves, mostly in Sichuan.

They are the unofficial national mascot of China, which has gifted pandas to 20 countries.

China's ambassador to Qatar, Zhou Jian, said the two pandas "will live a happy life here and bring more happiness, joy and a love to the people of Qatar and in this world."