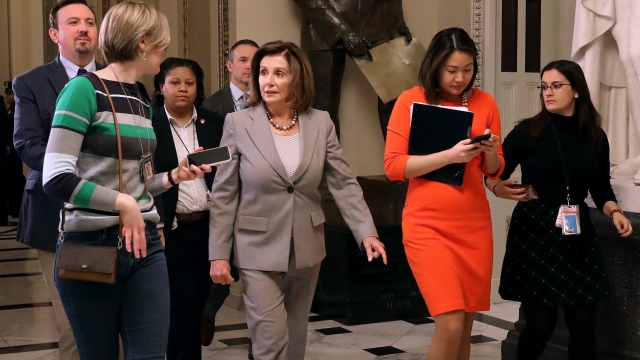 The House speaker's call to start choosing managers indicates she's close to sending the two articles of impeachment to the Senate.

After a more than three week delay, House Speaker Nancy Pelosi is taking steps to move forward with the impeachment trial of President Trump.

In a note to Democratic colleagues Friday, Pelosi said she's asked House Judiciary Committee Chairman Jerry Nadler to prepare a resolution appointing managers for the Senate trial. According to her note, that resolution will likely come to the floor after the Democratic Caucus meeting on Tuesday.

Those managers will serve as prosecutors during the Senate trial.

Pelosi's decision to delay sending the articles to the upper chamber has caused a growing amount of frustration on Capitol Hill. But her call to start choosing managers indicates she's close to ending that impasse.

In her note, Pelosi repeated her concerns about Sen. Mitch McConnell's actions that she says will prevent a fair impeachment trial. McConnell insists he is following the precedent set by President Clinton's impeachment in 1999.