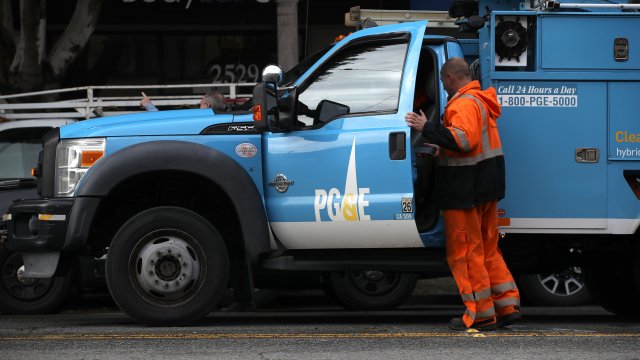 The utility company is conducting a preventive power shut-off across 15 counties in response to high winds that could pose a fire threat.

A major utility company in California is set to shut off power again to hundreds of thousands of customers in an attempt to prevent wildfires.

Pacific Gas & Electric Co. says approximately 209,000 customers in 15 Northern California counties could lose power by Wednesday night. The outage could last for up to 48 hours.

NBC News reports the shut-off could impact around half a million people.

On Tuesday, PG&E said it was tracking a "dry, offshore wind event." Senior Vice President Michael Lewis said winds above 45 mph are known to damage power equipment and spark wildfires. He said the last precautionary power shut-off saw "more than 100 instances of serious damage and hazard on our distribution and transmission lines from wind gusts of this strength."

Investigators have determined PG&E's equipment was responsible for some of the most destructive wildfires California has seen in recent years, including the 2018 Camp Fire. The company has agreed to an $11 billion settlement over its role in the fires and has agreed to pay $1 billion to settle claims with California cities, counties and other government entities.