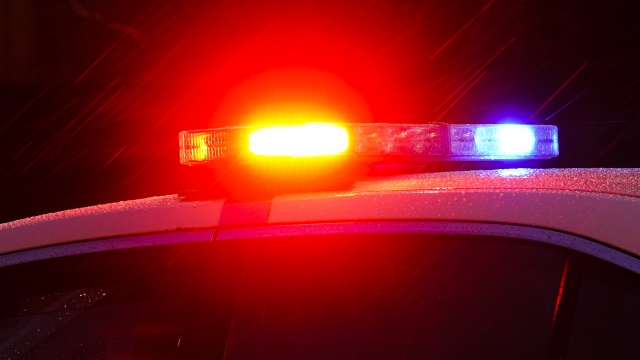 Scores of people watching a Fourth of July fireworks show in Philadelphia ran for cover when gunshots rang out, forcing them to leave behind strollers and other personal items as they sought refuge from what many feared was an active shooter.

At Least 6 Dead, 30 Wounded In Shooting At Chicago-Area July 4 Parade

Authorities said a man named as a person of interest in the shooting was taken into police custody Monday evening after an hourslong manhunt.

Two Philadelphia police officers working at the event suffered graze wounds when shots were fired shortly after the event started Monday in front of the Philadelphia Art Museum. The gunfire came just hours after another holiday shooting in suburban Chicago left at least six people dead and at least 30 wounded.

Witnesses in Philadelphia said they saw some people being run over or banged into as people tried to flee the packed crowd, with many running through or over metal fences that had been set up for crowd control purposes. No serious injuries were reported in the chaos, though many people said they had scrapes and bruises.

Investigators have not yet determined where the shots were fired from or how many were fired. It's also unclear whether someone intentionally fired at the officers or if the shots possibly came from someone shooting off a weapon to celebrate the holiday or stray bullets from an unrelated shooting.

One officer suffered a wound to the forehead — with officials saying the bullet was found in the officer’s hat — while the other was wounded in the shoulder. Both officers were treated at a hospital and were later released. No other injuries were reported in the incident and no arrests have been made.

Speaking with reporters Monday night after the shooting, Philadelphia Mayor Jim Kenney said the increasing violence in the city has left him “looking forward to not being mayor.” He also cited frustration over efforts to toughen gun laws.

“This is a gun country. It’s crazy. We are the most armed country in world history and we are one of the least safe," Kenney said. “I’m waiting for something bad to happen all the time. I’ll be happy when I’m not mayor and I can enjoy some stuff."

The Philadelphia Fraternal Order of Police Lodge #5 on Tuesday announced a $20,000 reward for information leading to an arrest.