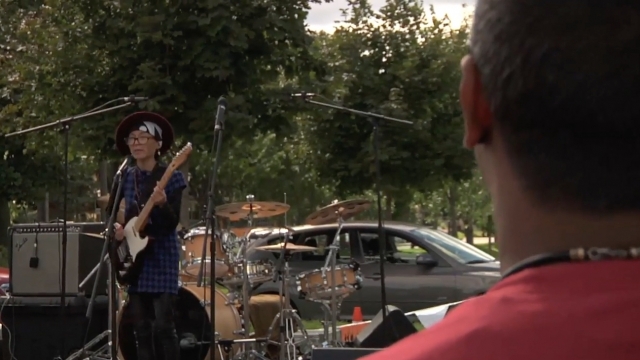 The scholarship will be given to a graduating senior pursuing a career in culinary arts or child development.

Former classmates of Philando Castile organized and held a concert and community gathering in Saint Paul, Minnesota over the weekend.

Castile was shot and killed in July during a traffic stop in Minnesota, and the immediate aftermath of the shooting was streamed live on Facebook.

His death spurred weeks of protest. The officer who shot Castile returned to duty last week.

"I'm hoping that folks come here and have conversations about how we fix our state, how we make it a better state, how we stop punishing black folks for crimes they didn't commit, and how do we start saving more lives," community activist Wintana Melekin said.

The event, called Central Honors Philando, was put on not just to remember Castile, but also to raise money for a scholarship fund in his name.

"This is an opportunity to help an inner city high school support more of its graduates to go to college," O'Connell said.

"The money that's raised here will be given to seniors at the end of each year. ... Hopefully for students that are looking to go into careers that were important to him, whether that be culinary arts or child development," explained Mary Mackbee, principal of St. Paul Central High School.

Castile graduated from Central High School in 2001 and worked for St. Paul Public Schools as an adult.

"He was a good person and didn't deserve to die the way he died. So anything that we can do to honor the good memory that he left behind, I think it's important. And the scholarship is a great way to do that because it will go on forever," Mackbee said.