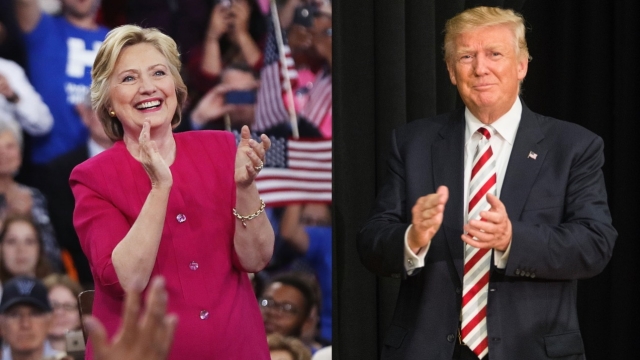 According to a new CBS News poll, Clinton has improved her lead in Florida and New Hampshire.

Democratic presidential nominee Hillary Clinton appears to have won over some more voters in two swing states — at least for the time being.

According to a CBS News poll published Sunday, Clinton has boosted her lead over Republican presidential nominee Donald Trump in Florida.

In June, Clinton was beating Trump 44 percent to 41 percent in the Sunshine State. Now, she's leading him 45 percent to 40 percent.

The former secretary of state is also leading the businessman in the battleground state of New Hampshire by nine points.

Based on Clinton's lead in the poll, it appears voters' concerns about Trump's temperament outweigh their perceptions of Clinton's possible issues with being truthful.

Seventy-one percent of Florida voters polled said they don't think Trump has a good temperament or judgment. Sixty-seven percent of voters seem to doubt Clinton's honesty and trustworthiness. Those stats are relatively similar in both New Hampshire and Georgia.

Trump leads Clinton by four points in Georgia, but that's apparently a closer race than expected.

But Clinton's boost could have more to do with Trump's latest controversies than anything else.

Trump doubled-down on the comments before saying Friday he was being sarcastic.

Polling also came after Trump got into a very public clash with the parents of a Muslim U.S. soldier killed in Iraq. By comparison, it's been more than a month since the FBI director said Clinton had been "extremely careless" when using private servers for her official emails during her time as secretary of state.

So we'll have to see if the tides turn once Trump's latest controversies blow over.