Pope To Hold Summit On Clergy Sex Abuse In February 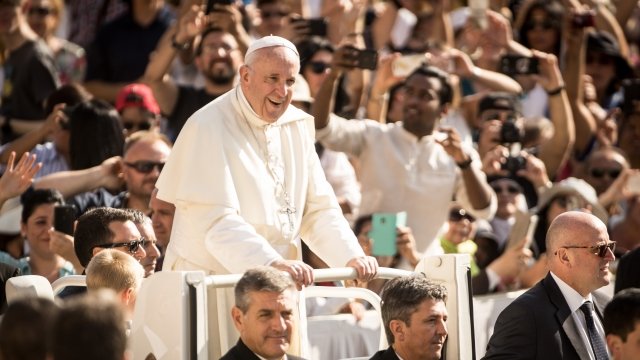 Pope Francis is going to hold a summit with other top Catholic Church officials next year to discuss preventing clergy sex abuse.

The Vatican announced Wednesday the pope will meet with bishops from around the world in late February.

It didn't provide any other specifics about the summit beyond saying the theme will be the "protection of minors."

It's the latest in a decades-long scandal involving the church, with similar allegations of abuse and cover-ups across the globe — including in Chile, Argentina and Ireland.

Following the grand jury report's release, Pope Francis issued a letter to all Catholics, condemning sexual abuse by priests and calling for those who "perpetrate or cover up these crimes" to be held accountable.

He's scheduled to meet with a U.S. delegation Thursday. It wants the Vatican to fully investigate ex-Cardinal Theodore McCarrick, who resigned in July amid allegations that he sexually abused minors and adults. The delegation also wants to make it easier to report abuse and misconduct by bishops.