This Comic Book Convention Has Had Enough With Nazi Cosplay 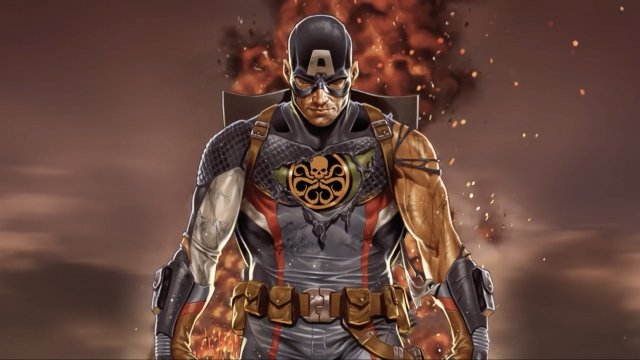 The Rose City Comic Con — which drew more than 36,000 attendees in 2016 — announced new costume guidelines Thursday. Part of the new policy says: "Hateful symbols aren't welcome. ... Historical costumes can be great, but reminders of unspeakable atrocities are not appropriate."

And violators of this rule won't just be banned this year — they'll be banned for life.

Organizers said they made the decision after allowing cosplayers to wear SS gear at earlier conventions. The organization tweeted: "We first thought it was offensive, but permissible. That was wrong & we won't allow it again."

Wait. What?! Captain America Has Been A Hydra Agent The Whole Time?

Historically in Marvel comics, Captain America and Hydra are sworn enemies, but a new comic released Wednesday has Cap joining the organization.

Nazi-linked characters include members of Marvel's Hydra, like Red Skull. Both entities gained mass attention when they used Captain America as a sleeper agent during the controversial "Secret Empire" story arc.

The arc received heavy criticism, given the fact that two Jewish artists originally created the Captain America character to fight Nazis. By the end of the "Secret Empire" series, writers revealed Hydra leaders altered Captain America's past. The true superhero was hidden in a separate dimension.

Marvel marketed the comics with promotional Hydra t-shirts sent to comic store employees around the world. The company reportedly announced it would "Hydra-ize" comic book stores, as well as its own websites and apps.

The controversies come at a time when Nazi and white supremacist groups around the country are gaining mass media attention. And critics have heightened their scrutiny of Marvel aligning certain characters with the Hydra organization.