President Trump Sues To Prevent Release Of His Tax Returns 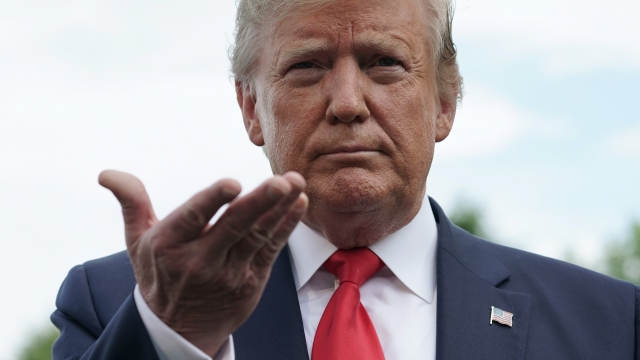 ​An attorney for President Trump said the filing is part of "ongoing efforts to end presidential harassment."

President Donald Trump is suing the House Ways and Means Committee and two New York state officials in an effort to prevent the release of his tax returns.

The president filed the lawsuit in federal court on Tuesday, naming the House committee, New York Attorney General Letitia James and New York Tax Commissioner Michael Schmidt as defendants. An attorney for President Trump said in a statement the filing is part of their "ongoing efforts to end presidential harassment." He also said "the actions taken by the House and New York officials are nothing more than political retribution" and that "the harassment tactics lack a legitimate legislative purpose."

Earlier this month, the committee filed a complaint to gain access to President Trump's personal and business tax returns from the last six years. Less than a week later, New York Gov. Andrew Cuomo signed legislation into law that requires New York's tax commissioner to release the president's state returns if the heads of certain congressional committees request them.

James responded to the suit in a statement, saying: "President Trump has spent his career hiding behind lawsuits, but ... I can assure him that no one is above the law — not even the president of the United States. We have all the confidence that this law is legal and we will vigorously defend it against any court challenge."