Prince Harry Speaks Publicly About Move: There Was 'No Other Option' 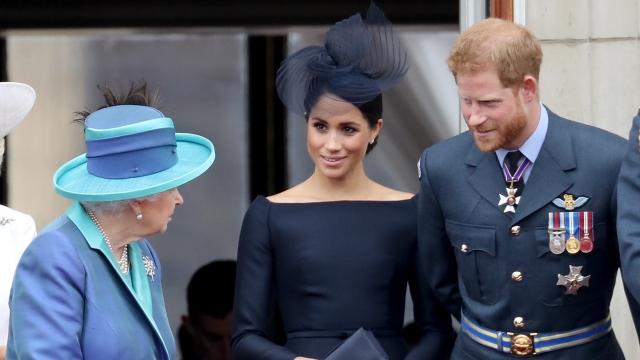 Earlier this month, Prince Harry and his wife Meghan announced they will split their time between England and North America.

Earlier this month, Prince Harry and his wife Meghan, the Duchess of Sussex, announced they would be taking a "step back" as senior members of the royal family and splitting time between England and North America.

He said: "I want you to hear the truth from me, as much as i can share. Not as a prince, or a duke, but as Harry. The same person that many of you have watched grow up over the last 35 years, but now with a clearer perspective."

On Sunday, for the first time since announcing the move, Harry spoke publicly about their decision at a charity dinner.

He said, "Once Meghan and I were married, we were excited. We were hopeful, and we were here to serve. For those reasons it brings me great sadness that it has come to this. The decision that I have made for my wife and I to step back is not one I made lightly. It was so many months of talks, after so many years of challenges. And I know I haven't always gone at it right, but as far as this goes, there really was no other option."

On Saturday, Queen Elizabeth II shared her support for the couple's move in a statement. She said, "Harry, Meghan and Archie will always be much loved members of my family. ... It is my whole family's hope that today's agreement allows them to start building a happy and peaceful new life."

As Harry and Meghan make that transition, they will also have to make changes to their roles in relation to the royal family. They will give up their "Royal Highness" titles, no longer receive public funding, and are required to step back from any royal duties, including official military appointments.

Harry and Meghan will also repay $3.1 million used from the nation's Sovereign Grant for renovations to their family home, Frogmore Cottage. However, the queen says they are still welcome to use that home as their British residence. The new arrangements are set to begin later this spring.