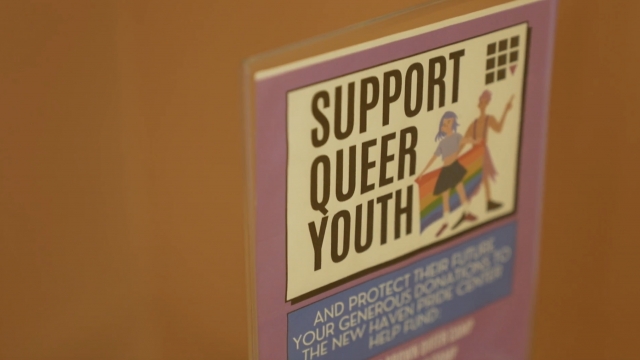 Numerous states across the country are moving to ban gender-affirming care for transgender individuals. In response, other states are now pushing to become sanctuaries for people seeking that health care.

"There's been a resurgence of a lot of anti-trans and anti-LGBTQ bills," said Brianna Titone, a Democratic state representative and Colorado's first openly transgender state lawmaker. "There are other bills in other states that are saying anybody who is trans cannot get any type of health care services for trans care up to age 25. So, we're not just talking about trans youth, but we're talking about trans adults."

Trans kids have been put under the microscope by state legislatures, with some proposing laws that restrict their identity and health care.

"When the Dobbs decision came down, that scared a lot of people into what is possible that the Supreme Court can do to undo a lot of the protections that have already been done," Titone said.

According to the LGBTQ+ Victory Institute, these initiatives are led by many openly LGBTQ+ lawmakers. These bills would ban law enforcement from arresting people who go out of state to pursue gender-affirming care where it's legal.

"Texas would consider gender-affirming care for trans kids and trans youth to be child abuse," said Annise Parker, president and CEO of the LGBTQ+ Victory Institute. "That it would be investigated by the state, then those kids could be taken away from their families. Our legislators are looking for opportunities to send a public message that their states, if at all possible, will become safe havens for those families."

The Effect Of Transgender Athlete Bans On Youth Sports

The criticism of transgender women participating in and winning sports competition can have an effect on the mental health of all ages of athletes.

According to the Trevor Project, 52% of transgender and non-binary youth have considered suicide. The report also shows that for people under age 18, receiving hormones was associated with nearly 40% lower odds of recent depression and a past-year suicide attempt.

According to writings from Moira Szilagyi, president of the American Academy of Pediatrics, there is a strong consensus that "evidence-based, gender-affirming care for transgender children and adolescents is medically necessary and appropriate. It can even be lifesaving." Szilagyi noted that it doesn't necessarily mean hormone therapy or surgery.

This is why Titone is pushing for protection in her state for gender-affirming care, continuing the trend that has happened in 18 other states.

"We're going to take a stance of putting up a barrier to make sure whatever kind of crazy things they come up with to try to go after people," Titone said. "Whether they're providers here or patients coming here, we're going to make sure that we protect them in any situation we can and stay within the constitution. And that's the tricky part, doing this without breaking any constitutional laws."

Allies of Benjamin Netanyahu are calling for a law to allow discrimination against LGBTQ people in hospitals and businesses.