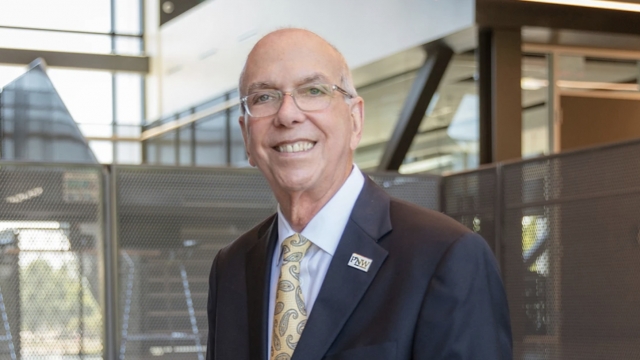 At Purdue University Northwest, or PNW, in Indiana, Thomas Keon will remain as chancellor, despite some faculty demanding for his resignation or removal.

Earlier this month, the chancellor made a racist joke at the fall graduation ceremony. Keon was responding to an earlier speaker who said he made up languages to calm his granddaughter.

The university's faculty senate, the governing body for the university's educational staff, said: "Keon's behavior does not reflect the diversity and inclusiveness that Purdue faculty, staff, and students value." It requested he step down last year due to lack of confidence in other matters, and this recent incident made it clearer it was time for him to go. 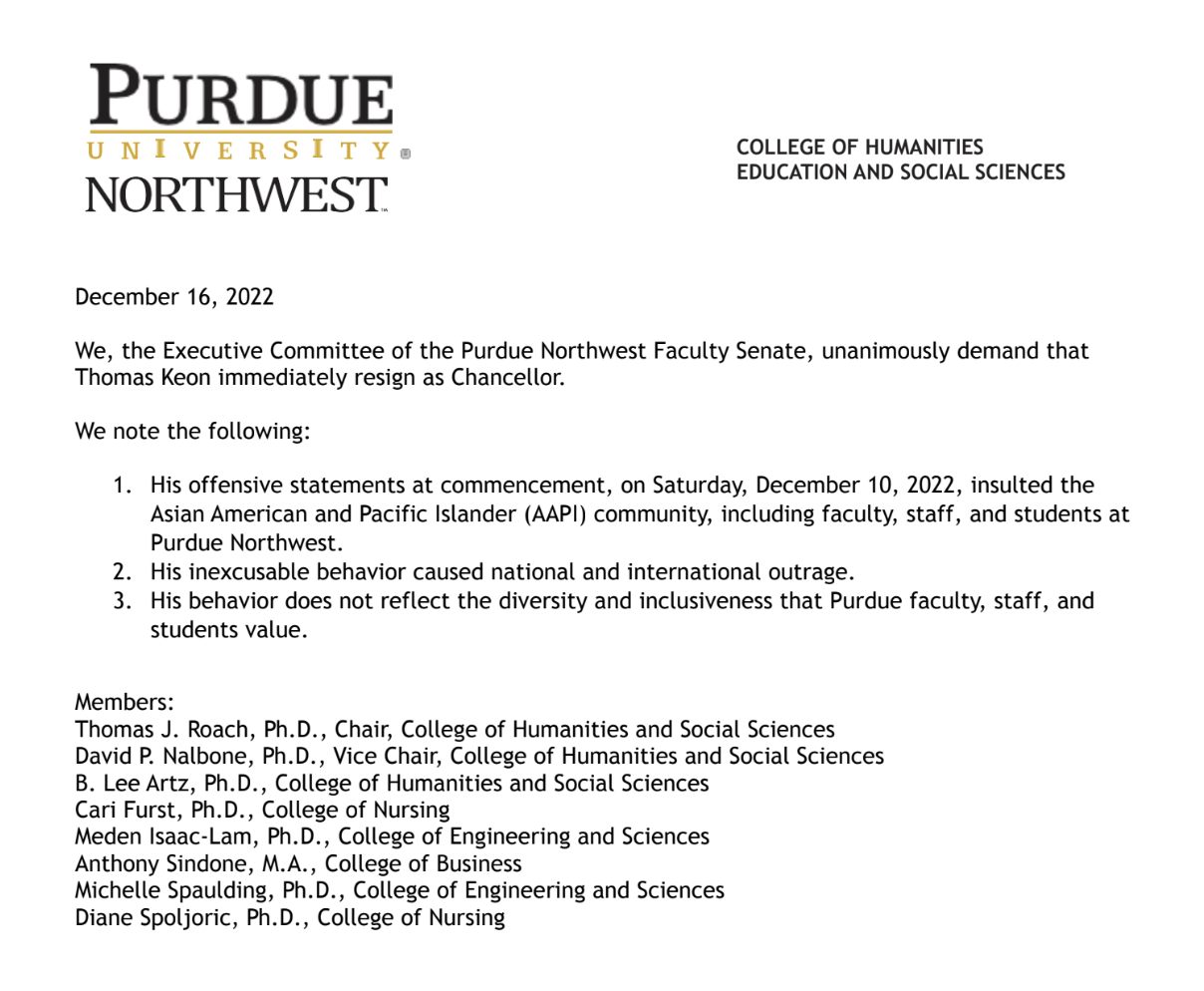 "It's not enough for him to apologize," said Thomas Roach, PNW faculty senate chair. "I think the only way an apology has any meaning at this point is if we remove him from office... I would like this to happen as soon as possible so that this reputation of the university doesn't get smeared anymore."

Keon did issue an apology, saying in part, "I am truly sorry for my unplanned, off-the-cuff response to another speaker," and "We are all human. I made a mistake." He also added he's leading a team to look into Asian American issues at the school.

PNW told Newsy the board of trustees, which oversees all Purdue campuses, accepted Keon's apology, which allowed him to remain in his role as chancellor.

"I think if he took responsibility for his comments, that might have been better, but there was no responsibility to students, to faculty, to the community," said Pam Saylor, a clinical assistant professor at PNW.

The PNW chapter of the American Association of University Professors, or AAUP, said in a statement that the incident is "unfortunately not an isolated one" and that the Keon administration's "senior leadership team consists only of white people... While Chancellor Keon frequently talks about diversity and inclusion, he fails to implement these values at the top level."

"It's a travesty, and it's nationally and internationally," said Lee Artz, the vice president of AAUP'S PNW chapter. "I've seen it on NPR, NBC, CNN. It was in The Guardian newspaper in England. It's been on the television and news reporting in India. So, it's going globally, and at this point, for the good of the university, he should just step back."

A PNW student started a petition on change.org demanding Keon's removal. It has more than 6,000 signatures, and the PNW senate faculty is rallying to get a no confidence vote from the rest of the faculty.

For Saylor, there is no choice but to speak up.

"I really hurt for my students," Saylor said. "I heard from my AAPI colleagues, my students, my community, and I'm a small voice. And so with my small voice, I have to do this because it's so much bigger than me."

The issue is bigger than just what is happening at the university. In light of anti-Asian hate incidents, U.S. Congresswoman Grace Meng issued a statement calling Keon's comments "dangerous," adding the need to "continue to call out instances like these so that they never become the norm in our schools, neighborhoods and nation."