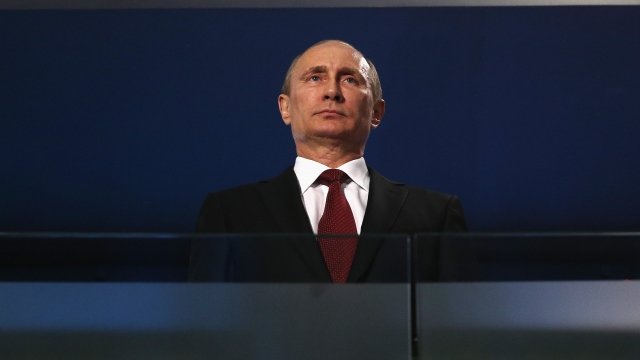 In response to the U.S. Congress approving sanctions against Russia for election meddling, Russian President Vladimir Putin is forcing hundreds of U.S. diplomatic staff out of their jobs.

Putin told Russian media: "More than a thousand people — both diplomatic and technical staff — are currently working in Russia. Seven hundred and fifty-five of them will have to stop their activities. And that's painful."

But some predict Putin's retaliation will end up hurting his own people.

Although he's ordered the U.S. to reduce its staff in Moscow and other cities, most people on that staff probably aren't American.

A 2013 inspector general report noted more than 900 employees working at the U.S. embassy or consulate offices in Russia were local hires.

Many of those workers have administrative roles, like reception, mail and maintenance. Putin's move means by Sept. 1, a lot of them could lose their jobs.

And the impact could also extend to Russians wanting to travel to the U.S.

A former U.S. ambassador to Russia says with a smaller staff, wait times for visas could "increase dramatically."

US Officials Are Visiting This Small Nation To Ease Russia Concerns

Vice President Mike Pence is just the latest in a line of officials to visit Estonia.

Russia's Foreign Ministry said if the U.S. forces it to cut diplomatic staff in the states, Russia will respond in kind.

But in that case, there's a key difference. The New York Times notes Russian diplomatic missions in the U.S. don't usually hire Americans.