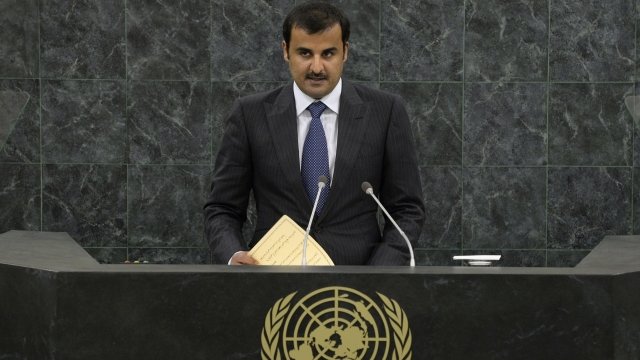 The four countries sanctioning Qatar are now asking it to agree with six "principles," rather than the original list of 13 demands.

Qatar isn't going along with a new list of demands offered by the four countries sanctioning it.

Those countries all cut ties with Qatar back in June and effectively isolated the country from the rest of the world.

Previously, those countries wanted Qatar to agree to 13 demands before the blockade was lifted. The original list of demands would have required Qatar to cut ties with any terrorist organization or political opposition groups, "hand over" fugitives living within their borders, remove a Turkish military base, curb diplomatic ties with Iran, pay a fine and even shut down news outlets funded by the country, which includes Al Jazeera and a handful of others.

Qatar is still demanding that the blockade be lifted before any negotiations take place. The blockading countries want Qatar to agree to end extremism, cut off funding to terrorist groups and stay out of other countries' domestic affairs — Qatar denies it does any of that.