The Queen's Speech To Parliament May Be Delayed Over Stationery 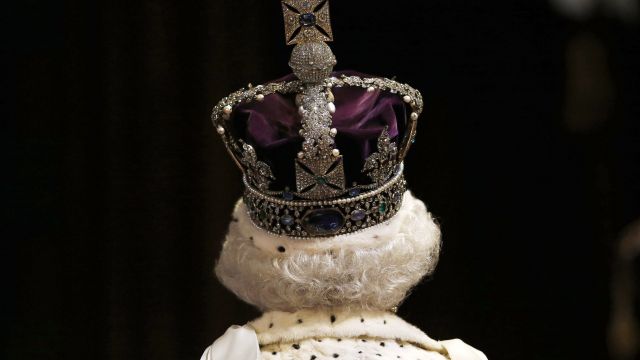 The shape of the current government isn't solid enough yet to be set in stone — or even archival paper.

Traditionally, the U.K. Parliament starts off every year with a speech by the current monarch, which outlines the direction the ruling party wants to take the government.

But the queen's speech might get delayed this year — and the government says paper is partially why.

Turns out the queen can't just print out her speech on a few sheets of A4. It has to be written on special goatskin paper — which, despite the name, doesn't involve actual goats.

May called for a general election to secure her majority in Parliament, but her party ended up losing 12 seats.

The special paper ensures the speech will last longer in Parliament's national archives — but it also means the ink will need a few days to dry.

Normally this isn't a problem because both major parties already know what they want their government to look like. But the surprising election results have forced the ruling Conservative Party to negotiate with a regional party in Northern Ireland to maintain its majority.

Those talks are still going, which means it's too early to start putting a government together on paper — at least, on archival goat paper.