Reality Shows Are Getting More Real When It Comes To Dating 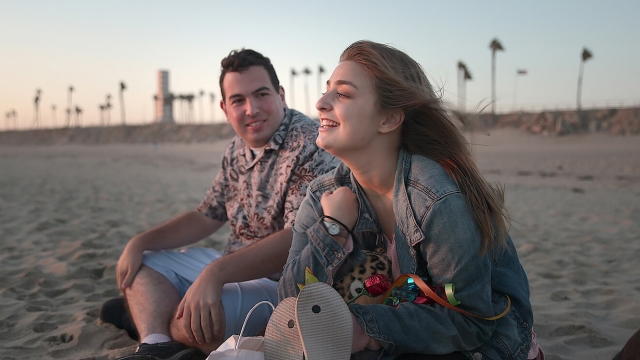 Reality TV shows are evolving to become more inclusive in terms of what modern love really looks like for different demographics and cultures.

From the fantasy of NBC's "The Courtship" and the drama of Netflix's "Love Is Blind" to the continued popularity of ABC's "The Bachelor," "Bachelorette" and "Bachelor in Paradise" series — the entertainment industry is in the middle of a reality dating show renaissance.

But as many shows add to the genre with elaborate setups, gimmicks and even costumes, others are attempting to focus the reality TV lens on some communities' actual dating realities.

Series like Netflix's "Indian Matchmaking" and "Love on the Spectrum" aren't throwing people into unrealistic dramas or gimmicky competitions in order to find love.

"Love on the Spectrum," which came out in the U.S. in May, was another one of Netflix's top reality hits. The series highlights the dating lives of young adults on the autism spectrum.

Both shows have been described by viewers as "authentic" and non-judgmental.

Jeremy Hartwell said basic human needs like sleep, water and food were restricted while on the show. Netflix said the claims have no merit.

Some critics described "Indian Matchmaking" as pushing back against the Western preconceptions of arranged marriages, while much of the praise surrounding "Love on the Spectrum" focused on its kindness and uplifting honesty about the autism spectrum.

Past studies have shown that reality television may have an effect on viewers' perceptions of reality, especially when it comes to relationships. Older series like MTV's "The Real World" have helped normalize conversations about dating within the LGBTQ community.

That's why shows like "Indian Matchmaking" and "Love on the Spectrum" have garnered so much attention for clinging to a sense of reality and authenticity, but amid the praise is some division.

Critics have also called "Indian Matchmaking" elitist as it only focuses on rich families — and while it examines the practice of arranged marriages, it doesn't fully acknowledge the realities for some of classism, misogyny and colorism.

Meanwhile, some critics of "Love on the Spectrum" acknowledge the show's well-meaning wholesomeness but also describe its framing as infantilizing and "riddled with bad advice."

For audiences, those issues of representation mean "Indian Matchmaking" and "Love on the Spectrum" aren't truly realistic reflections of finding love, but they're still steering the genre of reality dating shows in a more realistic and diverse direction.