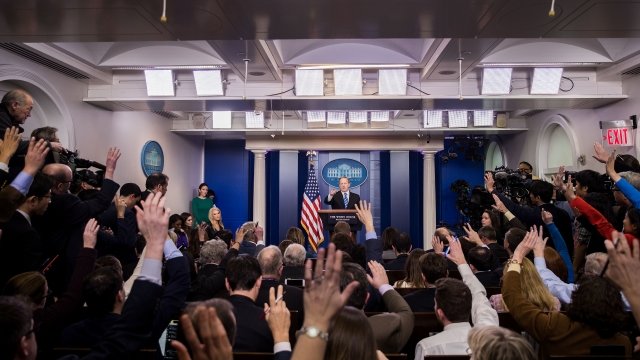 For the first time, a White House reporter decided to ignore the administration's briefing guidelines.

And she's being hailed for it on social media.

As The Washington Post notes, Pavlovic isn't as well-known as some of her fellow White House reporters. So her audio feed went unnoticed for a while.

The UK Press Association Wants Robots To Write The News

But once word of Pavlovic's rule-breaking got out, Twitter users hailed her as a patriot and thanked her for standing up for the First Amendment. Though some criticized her for breaking the rules and said the White House should revoke her press pass.

Since then, there have been several briefings where live video and audio recordings were not permitted.

It's unclear if Pavlovic will face any repercussions from the White House.