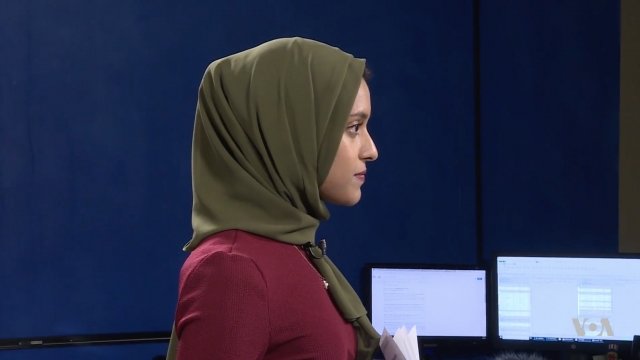 When a local TV station hired Tahera Rahman as a reporter, it got international attention.

She works at a local news station in the Quad Cities of Illinois and Iowa. Her debut has gotten her international attention.

"I do think this is a huge moment, but day in and day out, nothing has changed," Rahman told Voice of America. "Just because you got to where you want, doesn't mean you work any less."

Rahman previously worked behind the camera as a producer, a role she told multiple outlets she took after being rejected for on-air positions at various stations. But she kept practicing in pursuit of her dream.

She says role models like Malika Bilal, an Al-Jazeera international anchor, inspired her.

Her news director told Voice of America it's her talent and qualifications that landed her the job at WHBF.

"We realize that she is the first," Mike Mickle said. "But if she had been the 30th, the 300th or the 3,000th, it wouldn't have made a difference. We did it because she's Tahera, and she earned this opportunity."

She says she has received some negative comments but is determined to forge ahead and hopes to inspire Muslim women and girls.