The Risky Deal With Celebrity-Brand Partnerships 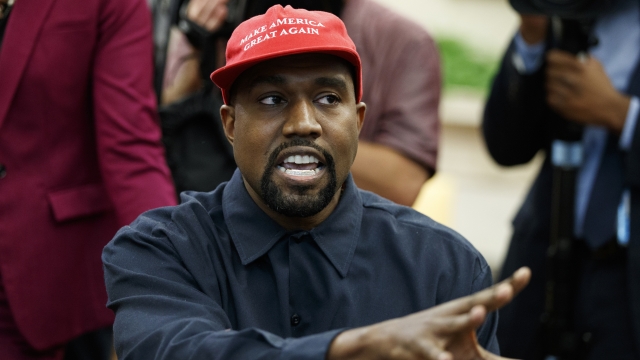 Celebrities often make lots of money through corporate deals, but those partnerships can go wrong and get ugly.

The fallout surrounding Ye, formerly known as Kanye West, is highlighting the hazards of celebrity partnerships and endorsements.

Several major brands — including Adidas, Gap and Balenciaga — have dropped partnerships with the rapper and fashion designer following his antisemitic remarks. For Adidas, the home for Ye's Yeezy shoe line, the decision to drop the disgraced artist is estimated to cost the company billions of dollars.

"They're prospected to lose about $2 billion or 10% of their annual revenue," attorney Mark Brutzkus said.

While not much is known about Ye's now-fractured partnerships, some experts say it's likely the artist was in breach of a morality clause, which is common in "celebrity-based agreements."

"Morality clauses would be a provision within an endorsement contract that would provide for personal conduct standards," Brutzkus said. "The key in that is protecting the reputation of the business, but they're also preserving a positive workforce culture."

There's a history of severed celebrity sponsorships and partnerships.

The company faced pressure to cut ties with Ye, with celebrities and others on social media urging Adidas to act after he made antisemitic remarks.

In 1994, the rental car company Hertz ended its almost 20-year partnership with O.J. Simpson after the athlete and longtime spokesman was charged with first-degree murder.

In 2012, brands like Nike and Budweiser cut ties with cyclist Lance Armstrong after he admitted to using performing enhancing drugs, and in 2016, brands like Ralph Lauren and Speedo dropped Olympic swimmer Ryan Lochte after the athlete vandalized a gas station in Brazil.

Each of those cases were highly publicized, but surrounding the controversies of Ye today is the growing power of consumers on social media — many of whom called out brands directly to take accountability for Ye's antisemitic statements.

"The consumers are very influential," Brutzkus said. "It's gonna be interesting to see what the consumer reaction is with whatever product is still out in the marketplace."

Experts are already speculating about the resale future of Ye's shoe line, and one resale platform The RealReal has already announced it will no longer allow new listings from the celebrity's brand.

At the height of Ye's career, Yeezy was one of the biggest players in the sneaker market, competing with major legacy brands like Nike. But amid the fallout surrounding the artist's antisemitic remarks, one collectibles expert told Vox, "I think the Yeezy era could be over."