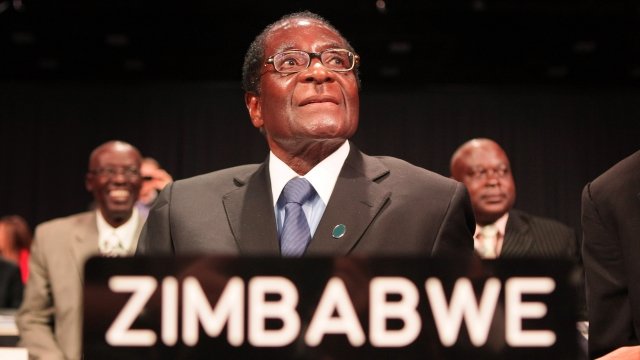 He's been in power since 1980, first as Zimbabwe's prime minister and then as its president.

While Mugabe hasn't formally been removed from power, the vote signals an effective end to his nearly four-decade rule.

The news comes after the country's military orchestrated what is largely understood to be a bloodless coup. And on Saturday, people flooded the streets calling for Mugabe's resignation.

Military vehicles and personnel entered the capital city Harare on Tuesday night. Soldiers took over the state-run TV station and broadcast the message it was targeting "criminals" around the president. Mugabe was confined to his home, making only a brief appearance at a graduation ceremony.

Zimbabwe Defense Forces Commander Constantino Chiwenga said the army was ready to "step in" after Mugabe fired Vice President Mnangagwa earlier this month. He was a heavy favorite to replace Mugabe and had support from the military and veterans.

But Mnangagwa came under fire from first lady Grace Mugabe. His removal led many to suggest the Mugabes were angling for Grace to succeed her husband as president. ZANU-PF members voted her out of the party for life and expelled her as head of the party's women's league.

Grace Mugabe's whereabouts are still unknown. She has not been seen publicly since Wednesday. Robert Mugabe is reportedly negotiating with military leaders for a face-saving departure. Officials told multiple outlets if Mugabe hadn't stepped down by noon Monday, Parliament would start an impeachment process.