Robots Are A Growing Part Of U.S. Workforce 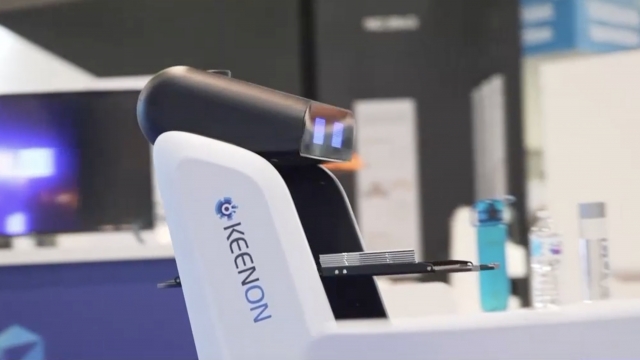 Experts are pleased with how quickly robots are being added to the workplace. A mechanized future is well on its way.

According to the Association for Advancing Automation, companies ordered a record-setting 12,305 machines in the second quarter of 2022. That's 25% more than the same period a year ago.

"The pandemic definitely highlighted some areas and shortages in resources needed to be automated, and customers had to automate just due to the fact that people weren't coming back to the workplace," FANUC North America Vice President Louis Finazzo said.

"For a long time, the automotive industry accounted for 60 to 70% of robot orders," Association for Advancing Automation President Jeff Burnstein said. "And we knew that when other industries started adopting is when we would really see growth, which is finally happening now, in part due to the pandemic forcing companies to look at other options when they couldn't bring people into work."

Burnstein and Finazzo told Newsy that the industries helping fuel this increased demand for robotics ranged widely from food processing to pharmaceuticals.

E-commerce companies have been particularly interested in buying up these robots, as robots can help grab packages and get them ready for delivery.

However, if these robots are meant to close productivity gaps, the results aren't apparent. During the second quarter of 2022, U.S. productivity fell at its highest rate since the government began collecting that data.

Robots can help do the tasks businesses need done, but it will take time to get those machines up and running. And they'll need a human workforce with specialized training.

What Would A Sentient, Conscious Robot Mean For Humans?

A Google engineer claimed an AI software of theirs became sentient. Now there is debate on if these sentient machines have a place in the world.

"The lack of people who are available to install and maintain, operate, program and take advantage of all the data  — this is a barrier, actually, to further adoption of robotics," Burnstein said. "We have to put more emphasis on teaching people the skills they need because we all have to benefit in an increasingly automated future."

Experts are pleased with how quickly robots are being added to the workplace. A mechanized future is well on its way.

"The adoption curve used to be 50 weeks, now it's been cut into the 21 week range," Finazzo said. "So, you will see gains happening quicker because the customers and the manufacturers are picking applications that can get immediate impact."