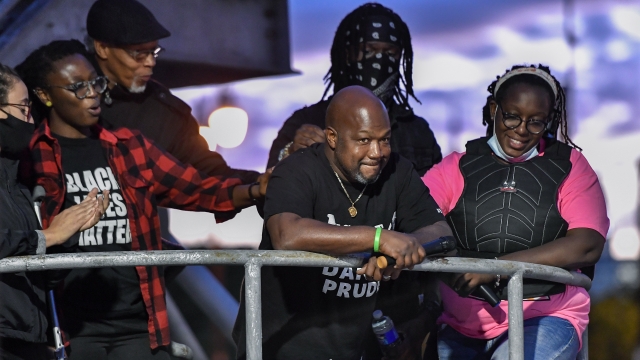 It comes as protests continue over the death of Daniel Prude.

The mayor of Rochester, New York, is promising police reforms as protests continue over the death of Daniel Prude.

"Their message that we must do better and that we have to address how we police our city has been heard," said Rochester, New York Mayor Lovely Warren. "These calls are not new, and the chief and I have worked diligently to do the necessary work.”

Mayor Lovely Warren said the crisis intervention team would move from the police department to a different city department. It's one of a series of reforms she's planning.

Last week Warren suspended seven officers involved in Prude's death after his family released police video from when officers restrained him in March.

Officers covered his head with a "spit hood" and pressed on his face. Prude died days later in the hospital.

The head of the Rochester police union said the officers were following their training. Protesters have argued Prude needed therapeutic intervention due to mental illness.