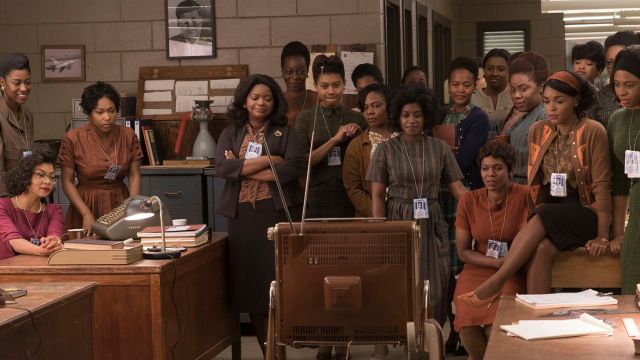 "Rogue One" kept the No. 1 spot at the box office for the fourth week in a row, but "Hidden Figures" wasn't too far behind.

In true "Star Wars" fashion, "Rogue One" has been at the top of the box office for the past month and is creeping up on $1 billion in worldwide box office ticket sales.

And The Winner For Highest-Grossing Film Of The Year Is ...

It made $486 million domestically.

For those of you still keeping count, that means Disney now has the top five highest grossing movies of 2016. Turns out, buying the rights to Marvel Studios and Lucasfilm was perhaps the best idea Disney has ever had.

Taking the No. 2 spot in a box office photo finish is "Hidden Figures," bringing in an estimated $21.8 million in its wide release debut.

This film has all the criteria you could want in an Oscar contender — a star-studded, more-than-capable cast, awesome certified fresh reviews and an inspirational true story.

But what's even more important is that Katherine Johnson, Dorothy Vaughan and Mary Jackson are finally being introduced to the masses.

Falling to No. 3 this week is "Sing," bringing in an estimated $19.5 million. That pushes the animated "American Idol" to just over $213 million in domestic ticket sales.