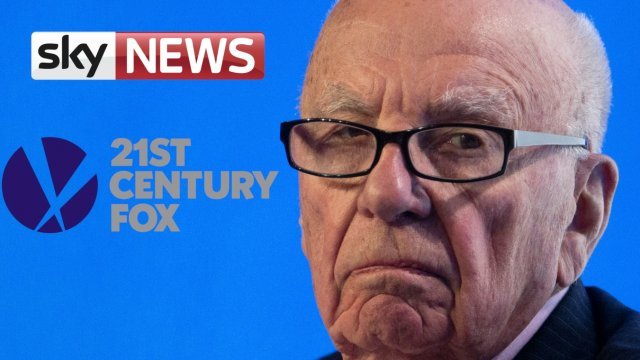 A deal for Fox News' parent company to buy out European broadcaster Sky could be facing an official investigation.

That's because the U.K.'s culture secretary hinted that she plans to refer 21st Century Fox's bid to regulators based on, among other things, recent allegations of sexual harassment within the company.

Secretary Karen Bradley told Parliament she was "minded" to extend scrutiny of the deal to include 21st Century Fox's corporate governance.

"I have the power to make a reference if I believe there is a risk which is not purely fanciful that the merger might operate against the specified public interest," Bradley said.

Fox News has run afoul of the U.K.'s broadcasting rules — which are much stricter than those in the U.S. — several times in the past. Bradley said weaknesses within Fox's governance could potentially impact the company's broadcasting standards.

Other concerns that prompted Bradley to call for an official review by the Competition and Markets Authority included "accusations about Fox News' commitment to accuracy and fairness." Fox News' now-retracted story reviving a conspiracy surrounding the murder of Democratic National Committee staffer Seth Rich may have also influenced her decision.

The deal would give 21st Century Fox the remaining 61 percent of Sky that it doesn't already control. That deal has been valued around $15 billion.

Rupert Murdoch's media ambitions have been viewed with some suspicion in the U.K. ever since his British newspapers were implicated in a 2011 phone hacking scandal. More recently, Fox News went off the air in the U.K after the company claimed it failed to grow a large enough viewership.

Bradley said she'll give Fox and Sky 10 working days to respond before she officially makes her referral. Once made, regulators will have a full six months to investigate whether or not the deal is in the public interest.