Russia Declares A Number Of Media Outlets As 'Foreign Agents' 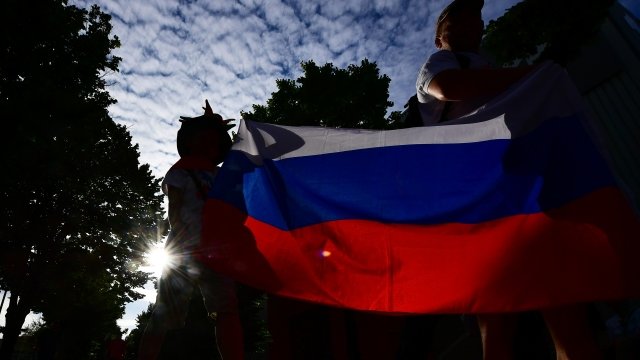 Russian President Vladimir Putin signed legislation allowing authorities to force certain mass media outlets that operate in Russia but are funded abroad to register. If they don't, they could face sanctions.

The news of the agent's reassignment was first reported in August, but details were unclear.

The move comes after the U.S. gave state-funded Russian news outlet RT America a Nov. 13 deadline to register as a foreign agent in the U.S.

RT also recently lost its Capitol Hill credentials due to its foreign-agent status.

Outlets that are registered under Russia's new law may have less access to Russia's upper house of Parliament, among other things. Officials say they don't expect the list will expand.