Russia Voted To Block Investigators From Continuing Work In Syria 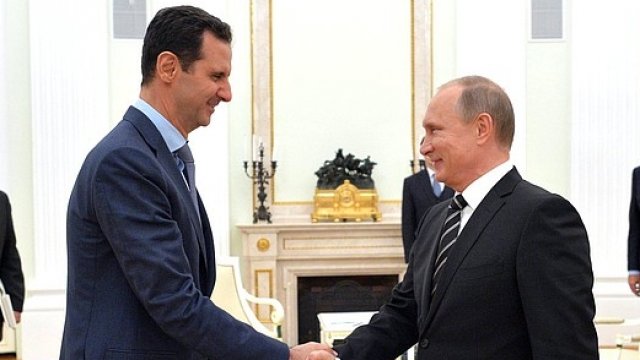 For the ninth time, Russia used its veto power to block a United Nations resolution against its ally Syria.

On Tuesday, the U.N. Security Council held a vote to extend the investigation into chemical weapons attacks during Syria's almost seven-year civil war.

The Joint Investigative Mechanism, as it's known, is a partnership between the U.N. and the Organization for the Prohibition of Chemical Weapons. It's set to expire mid-November.

Russia requested to postpone the vote until after the JIM releases its report on an April 4 attack that left 92 people dead, according to CNN.

The OPCW confirmed sarin gas was used in that attack, which is a war crime. The upcoming report is expected to assign blame for the chemical attack — the U.S. and its allies agree the attack was carried out by Syrian forces, while Russia and Syria have blamed it on Syrian rebels.

Russia has questioned the JIM's methods and findings before. It's unclear whether the country will approve of the measure if Bashar al-Assad is accused of being behind the attack.

Congress Launches Dual Investigation Into Sale Of US Uranium To Russia

Recent reports claim an FBI investigation uncovered bribery and extortion before the deal was approved.

The final vote on the measure was 11 countries in favor with Russia and Bolivia against it. China and Kazakhstan abstained.