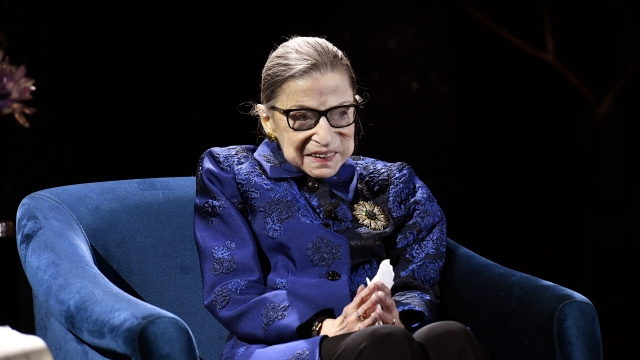 The oldest member of the Supreme Court has had a handful of heath scares over the years.

The four-time cancer survivor said in an interview with CNN Tuesday that her radiation treatment for pancreatic cancer was successful.

Ginsberg, the oldest member of the Supreme Court, has had several heath scares over the years. Doctors successfully treated her for colorectal cancer in 1999. In 2009, she underwent treatment for early-stage pancreatic cancer. And in December 2018, the 86-year-old underwent surgery to remove two cancerous nodules from her left lung. That's also the surgery that caused her to miss her first scheduled public argument session in 25 years.

Ginsberg was appointed to the bench in 1993 by President Bill Clinton. She was the second woman ever appointed to the nation's highest court. Even with her many health challenges, Ginsberg has vowed to stay on the bench as long as she's "healthy and mentally agile."