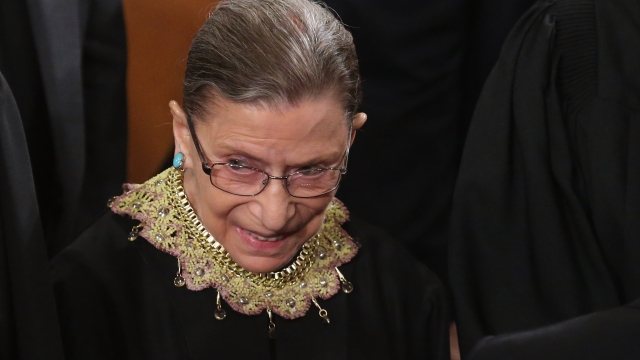 Supreme Court Justice Ruth Bader Ginsburg will miss another week of oral arguments, but her recovery from surgery is "on track."Ginsburg had surgery last month to remove cancerous growths from her lungs, and has been home recuperating ever since. According to a Supreme Court spokesperson, Ginsburg's post-operative evaluation showed "no evidence of remaining disease," and she won't need further treatment. The justice sat out of oral arguments this week, which was reportedly the first time she's ever missed a public session in her more than 25 years on the high court. Even though she hasn't been on the bench, Ginsburg has been working by reading briefs while recovering. In her absence, Supreme Court justices have been debating whether to take up high-profile cases involving the Trump administration, including its transgender military ban and its attempt to end the Deferred Action for Childhood Arrivals program.Additional reporting from Newsy affiliate CNN.