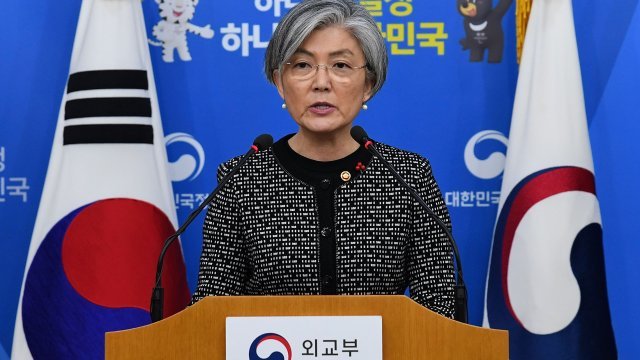 The vessel may be in violation of U.N. sanctions barring some types of trade with with North Korea.

South Korean officials seized a second ship they suspect of transporting oil products to North Korea. If their suspicions are correct, the Panamanian-flagged vessel is in violation of United Nations sanctions barring that type of transfer.

The U.S. Treasury Department released satellite images of two ships reportedly making an illegal transfer the same day. One was a North Korean vessel, but the Treasury didn't identify where the other ship was from.

The Panamanian-flagged vessel, known as KOTI, is currently under investigation by South Korea. State outlet Yonhap News Agency reported the ship can carry more than 5,000 metric tons of oil and has a crew mostly from China and Myanmar.

China denies reports by South Korea that it is violating U.N. sanctions.