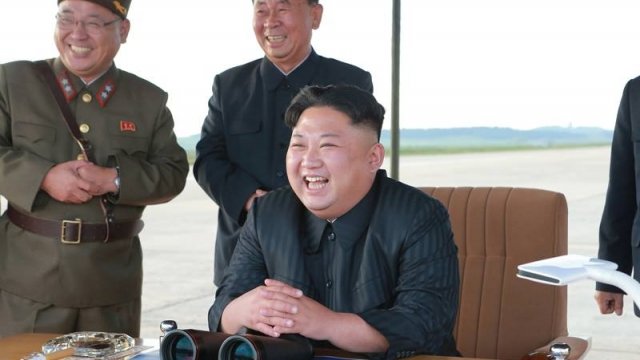 Two North Koreans sanctioned by the U.S. are key to the country's goal to build an intercontinental ballistic missile.

Ri Pyong-chol and Kim Jong-sik were named as leaders of the country's missile program in a Treasury Department announcement.

Based on what we know from that announcement and other reports, Ri is a high-ranking party member and "reported to be a key official" in the country's ICBM development. He's also reportedly the senior deputy director of the party's Munitions Industry Department. Ri is a former air force commander and one of Kim Jong-un's top advisers. A man by that name received a military education in Russia, but it's not clear if the two men are one and the same.

It's not clear whether the soldier was exposed to or vaccinated against the disease.

The Treasury said Kim Jong-sik is a crucial part of North Korea's push to develop ballistic missiles. He's deputy director of the country's Military Industry Department and has worked in aeronautics in the past.

The two men make up half of what's been called North Korea's "missile quartet." The group's other two members are scientists: Jang Chang-ha heads the country's Academy of National Defense Science, while Jon Il-ho is a lieutenant general in the army, according to 38 North affiliate North Korea Leadership Watch.

These individuals join a growing number of North Koreans gaining prominence in the international news. Foreign Minister Ri Yong-ho has been making headlines for his incendiary anti-U.S. statements, while Kim Jong-un's younger sister, Kim Yo-jong, was recently appointed as an alternate member of the country's top decision-making body.