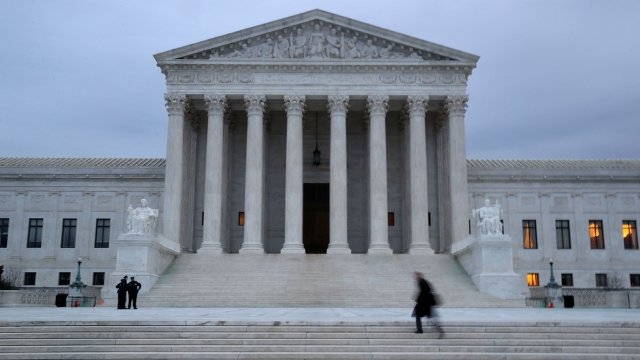 In January, a panel of three federal judges ruled the state's congressional district map is unconstitutionally gerrymandered in favor of Republicans.

The U.S. Supreme Court has decided to send a dispute over North Carolina's congressional map back to a lower court for another look.

Back in January, a panel of three federal judges ruled the state's congressional district map is unconstitutionally gerrymandered in favor of Republicans. They said the GOP-drawn map had been "motivated by invidious partisan intent" and infringes on voters' constitutional rights.

But on Monday, the Supreme Court ordered those judges to revisit the case in light of its ruling last week on a similar situation in Wisconsin.

That decision said Wisconsin voters didn't prove they had the right to challenge the state's Republican-drawn map.

It's unclear if the Wisconsin ruling will force the North Carolina court to reach a different decision.