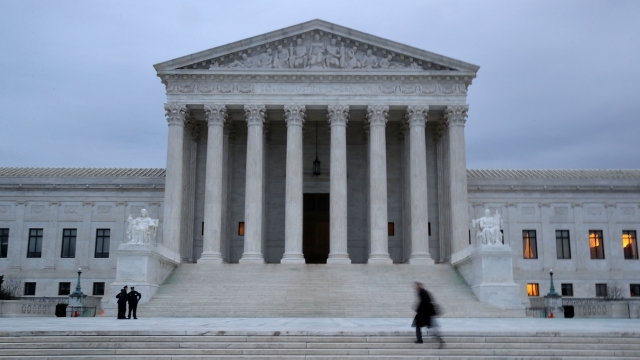 The Supreme Court said Friday it'll hear a case on the Trump administration's proposal to add a citizenship question to the 2020 Census.

The Supreme Court plans to hear a case on the Trump administration's proposal to add a U.S. citizenship question to the 2020 Census.

A lower court ruling previously banned the administration from tacking on the question, calling it "unlawful."

The White House's move has been the subject of multiple legal challenges since it was first introduced by Commerce Secretary Wilbur Ross last year.

Ross has argued that adding the question would strengthen a provision in the Voting Rights Act that's supposed to prevent racial discrimination.

Critics claim it would discourage non-citizens from responding to the census, though the Justice Department says a household can choose to not answer the question and still have other data counted.

As CNN notes, the Supreme Court doesn't typically intervene until a case has been heard by federal appeals courts. But due to an impending June deadline for printing the census form, the DOJ has asked justices to step in.

The high court is set to take up the case in April.

The last time a census asked about citizenship was 1950.