Sen. Chuck Schumer Will Be The Next Senate Minority Leader 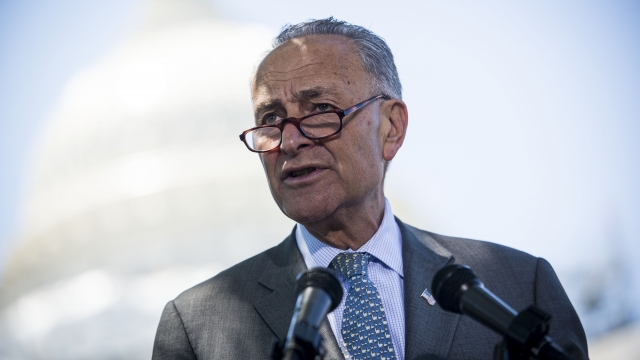 Schumer pledged to bring the Democratic Party together.

U.S. Sen. Chuck Schumer will be the next minority leader in the Senate.

The New York senator is replacing Sen. Harry Reid of Nevada, who is retiring at the end of his term in January.

Sen. Schumer pledged to work for both blue-collar Americans and the "diverse Obama coalition" and to bring the Democratic Party together.

"We're ready to stand shoulder to shoulder with Republicans, working with soon-to-be President Trump on issues where we agree. We will go toe-to-toe against the president-elect whenever our values or the progress we've made is under assault," Sen. Schumer said during a press conference.