Ticketmaster under fire on Capitol Hill for failing to stop bots

Ticketmaster called for new laws against illegal computer bots, but a Scripps News investigation found a failure to enforce laws already on the books.

Ticket scalpers deployed three times more computer bots than ever before during the initial rocky sale of tickets to Taylor Swift’s The Eras Tour, Ticketmaster’s leader told senators during a contentious hearing of the Senate Judiciary Committee.

"This is what led to a terrible consumer experience which we deeply regret," said Joe Berchtold, president of Ticketmaster’s parent company Live Nation. "We apologize to the fans, we apologize to Ms. Swift. We need to do better and we will do better."

A Scripps News investigation earlier this month discovered a major reason bots are thriving: state attorneys general and the Federal Trade Commission are failing to enforce anti-bot laws that prohibit scalpers from using software to get around online purchase limits.

"This is one that's that's gotten away for a while," Tennessee Attorney General Jonathan Skrmetti said in the report.

The FTC has brought only one case against scalpers using the federal BOTS Act, a law that has been on the books since 2016.

But at the hearing, Sen. Marsha Blackburn, R-Tennessee, said it’s Ticketmaster that should be doing more to fight bots.

She listed a number of industries that have to filter out online fraud.

"You know what? They get bot attacks every single day by the thousands," Blackburn said. "And they have figured it out. But you guys haven’t. This is unbelievable."

Berchtold says Live Nation has already spent millions of dollars investing in anti-bot technology in an effort to stay ahead of scalpers.

"Ticketmaster accepts its responsibility as being the first line of defense against bots in our industry," he told senators.

He also asked lawmakers for help, suggesting that instead of leaving the BOTS Act strictly to federal and state law enforcement, Congress should allow Ticketmaster to bring civil actions against scalpers, make it a crime to sell tickets deceptively on secondary sites, and require sellers to disclose the full cost of a ticket up front. 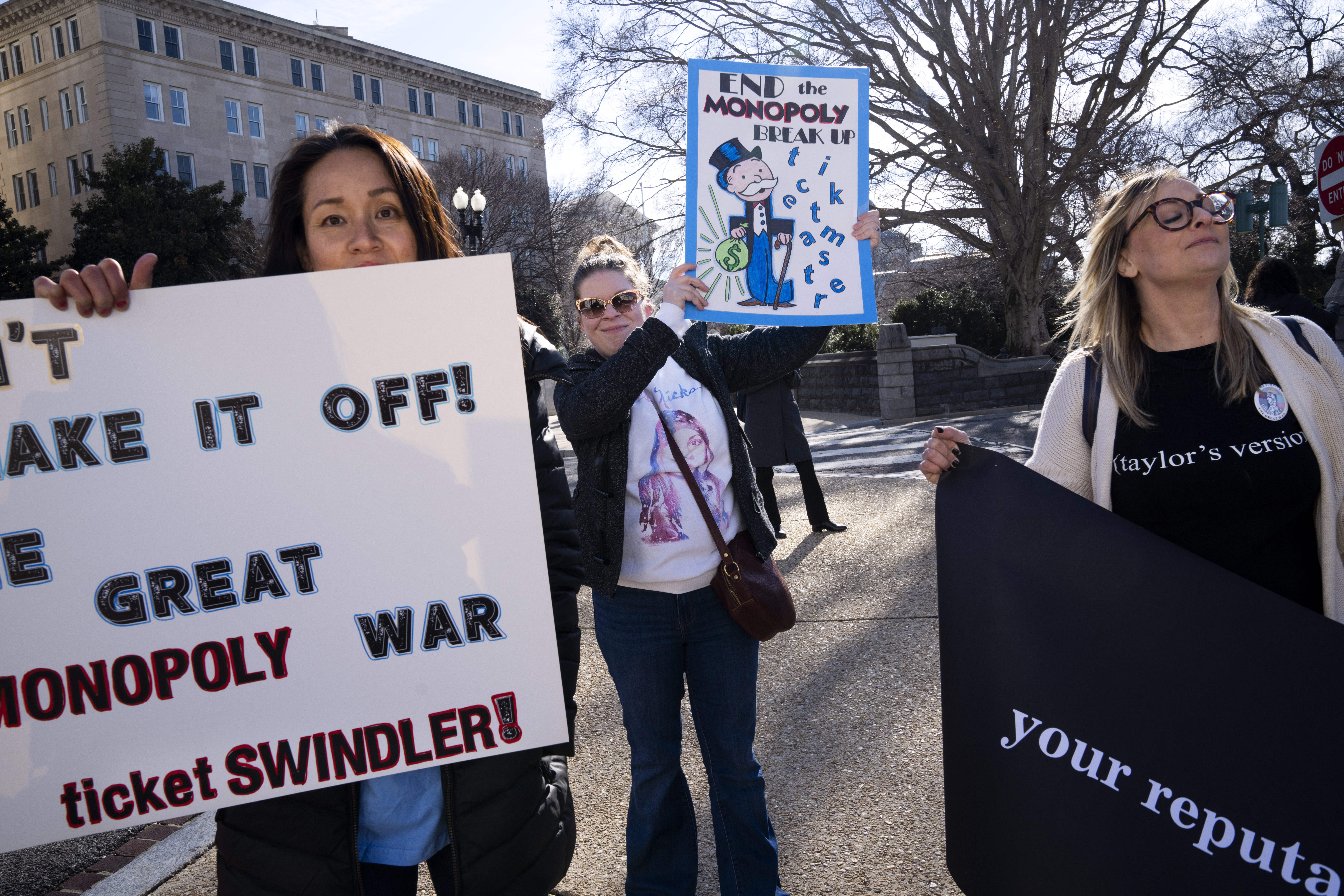