Shanquella Robinson's Father Speaks Out Regarding Her Death 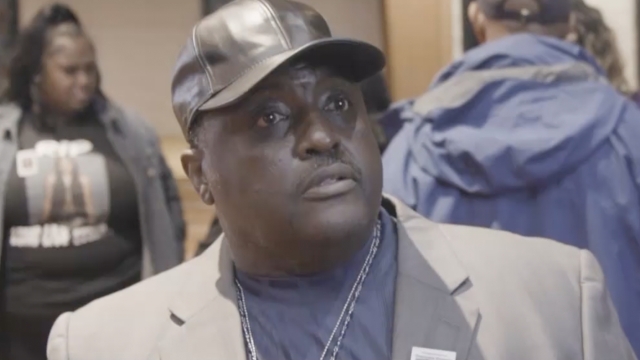 Mexican officials said this was a direct attack on Robinson and are now investigating this case as femicide — a hate crime internationally.

A church adorned with balloons spelling out the name of 25-year-old Shanquella Robinson, a name that weighs heavy on the hearts of community members in Charlotte, North Carolina. This weekend the city, reeling in pain over the mysterious and tragic death of one of its own, held a rally.

"You really never thought in my wildest dreams that I'd be doing standing here doing this. I'm just normal. You know, I just mind my own business. All is right here. Is this new to me? Very new self. She gone? I'm her dad. So now I got to stand for her. I got to be her voice," said Bernard Robinson, Shanquella's father.

In October 25-year-old Shanquella went to Cabo, Mexico, with six friends, and everyone returned home but her. At first reported the young woman died from alcohol poisoning, but social media clips show something different. In an interview with Newsy, Bernard Robinson spoke of the difficulty watching the video.

BERNARD ROBINSON: When I saw it, I couldn't see it well through seconds, and I saw that she was there naked. You know, I just broke down to start crying. I mean, seeing the guys in the room. That's very degrading.

NEWSY'S STEPHEN GRADDICK IV: Did you know these guys?

ROBINSON: I just know they went to school with her, that's it.

New Developments In The Death Of Shanquella Robinson

The death certificate lists Robinson's cause of death as severe spinal cord injury and atlas luxation — a broken neck. Alcohol was not listed. Mexican officials said this was a direct attack on Robinson and are now investigating this case as femicide — a hate crime internationally.

"Even though the child is still old enough to take care of himself and do their own thing. But still, at the same time, he's still got to, you know, make sure who they friends they keep around," Bernard Robinson said.

The family left with shared memories of her community in Charlotte.

"Charlotte is going to hold this family down because Shanquella is a native of Charlotte, North Carolina," said Tiawanna Brown, the founder of Beauty After The Bars.

"While she is gone from us, she will never be gone from our hearts — rest in peace and power, my love," said a representative of Winston Salem University.

Mario Black, who is the founder of Million Youth March of Charlotte, says the community is looking for ways to support the family.

"So I just hope that this will be the boost of energy that the community need to be able to support the family to keep pushing until justice is served," Black said.

A GoFundMe page set up following Robinson's death has nearly hit its $400,000 goal. Large donations pouring in from celebrities like NBA star Kyrie Irving and smaller donations from thousands around the world.

"Daddy stood there and cried like a baby, and I sit there and said baby, daddy will get you justice. I will not let you die in vain," Bernard Robinson said.