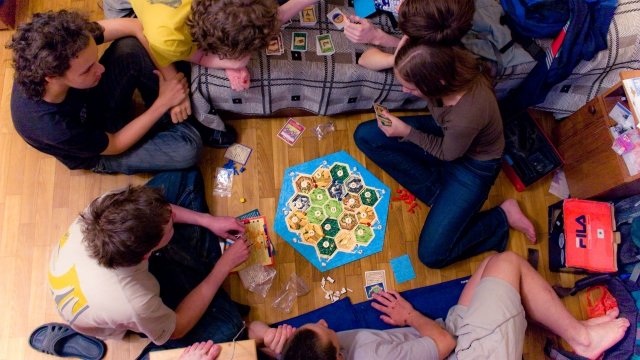 Since its debut in 1995, Catan has reportedly sold more than 25 million copies in 38 languages.

Hollywood's fascination with board games has resulted in film adaptations of Clue, Battleship and even Dungeons & Dragons. Now, Sony is in talks to adapt another fan favorite: Settlers of Catan.

Variety reported Wednesday that Sony Pictures is in negotiations to acquire the rights to adapt the popular board game into a film.

Names attached to the project include producers Gail Katz and Dan Lin, as well as screenwriter Blaise Hemingway.

These "players" aren't strangers to making films about games or toys.

Katz was one of the producers behind "Pawn Sacrifice," a film about chess prodigy Bobby Fischer; Dan Lin helped produce both "The Lego Movie" and "The Lego Batman Movie"; and Blaise Hemingway is credited as a writer for the upcoming untitled Playmobil movie.

'Sonic the Hedgehog' Could Be Headed To A Theater Near You

Paramount Pictures has picked up the rights, despite the fact video game movies don't generally have great track records.

Not much is known about the plot or premise of the film. But after buying the adaptation rights in 2015, Katz said: "The island of Catan is a vivid, visual, exciting and timeless world with classic themes and moral challenges that resonate today."

Settlers of Catan, known for its resource management style and bartering systems, was first published in Germany in 1995. Since then, the game has reportedly sold more than 25 million copies in 38 languages.