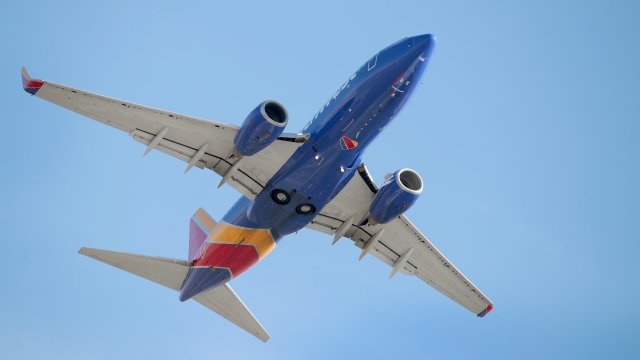 The company said in a statement it canceled about 40 out of almost 4,000 planned flights Sunday due to the inspections.

The company told Newsy it grounded about 130 flights Monday. It said in a statement it canceled about 40 out of almost 4,000 planned flights Sunday for the inspections.

Southwest said the cancellations were part of a "voluntary, accelerated engine fan blade inspection program" — not inspections ordered by the Federal Aviation Administration. The airline told Newsy it will look at about 700 of its planes but that its newer, 737 MAX planes won't be inspected since they have different engines.

Last week, a Southwest flight had to make an emergency landing after a fan blade in the engine broke off and shrapnel shattered a window. One woman died after she was taken to a hospital.

Southwest said it's doing these inspections "out of an abundance of caution." They're expected to be completed in a few weeks.