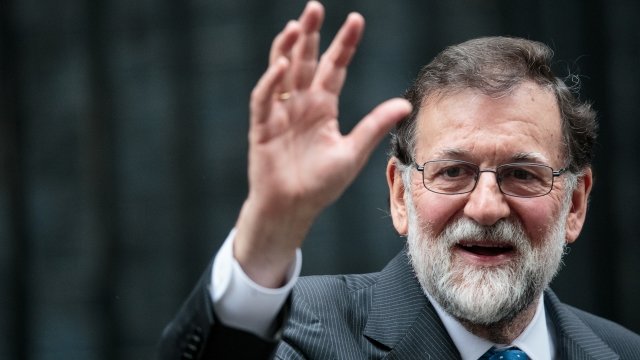 He said he'd be willing to meet with Catalonia's new leaders, but not its old one.

Instead, the prime minister says he should be sitting down with the leader of the pro-Spanish unity party, which won the most seats of any one party in the election.

Spanish officials said intelligence suggests that groups in Russia and Venezuela spread misinformation before and after Catalonia's referendum.

But the election results mean he might have to sit down with a pro-independence leader.

Catalonia's multiple secessionist parties won a majority of seats in the region's parliament during Thursday's snap elections, putting them in the best position to form a new government — as long as they can work together.

Rajoy says the election is proof of a deep fracture within Catalan society, but he thinks it's also the beginning of a "new era."