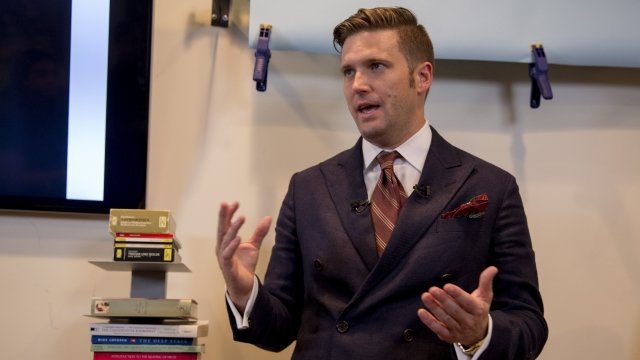 White nationalist Richard Spencer is scheduled to speak Thursday in Florida, his first speech since the protests in Charlottesville, Virginia.

Spencer is scheduled to speak Thursday at the University of Florida. And Scott warned in an executive order a "threat of a potential emergency is imminent" in Alachua County, where the university is located.

Spencer's speech in Florida will likely be his first since the violent protests in Charlottesville. A speech scheduled for September at Texas A&M University was canceled.

The upcoming appearance has already attracted protesters near the University of Florida. And more demonstrations are planned on the day of the event.

Gov. Scott said the state of emergency declaration is "an additional step to ensure that the University of Florida and the entire community is prepared so everyone can stay safe."

The order allows local law enforcement officials to work with state and other agencies to keep the peace during Spencer's speech. It also activates the Florida National Guard to help, if needed.

But Spencer told the Naples Daily News he thinks the emergency declaration is overkill. He said, "If someone is coming to speak I feel like declaring the state of emergency is out of bounds."