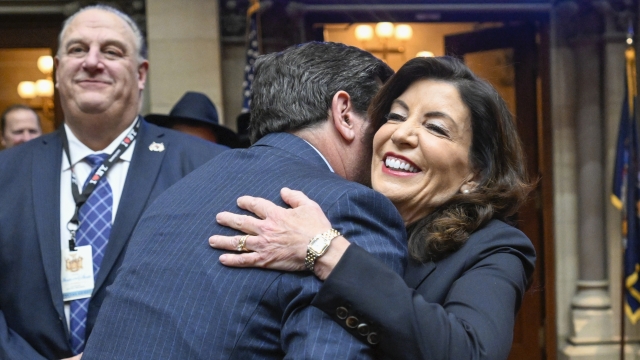 States are proposing millions of dollars for mental health initiatives, including New York, which wants to steer $1 billion toward the issue.

"We have underinvested in mental health care for so long, and allowed the situation to become so dire, that it has become a public safety crisis, as well," said New York Governor Kathy Hochul.

In New York, Hochul announced a proposed investment of $1 billion towards mental health during her state of the state address.

"This proposal marks a monumental shift to make sure no one else falls through the cracks," she said.

The multi-year plan would result in the re-opening of 850 in-patient psychiatric beds that were shut down during the pandemic and add another 150 beds in state-operated psychiatric hospitals.

In addition, 3,500 new residential units would be created to serve people with mental illness.

"Our people need this. Our residents are calling on us to do this," Hochul continued.

A recent report released by Mental Health America estimates 58% of New Yorkers with mental illness are not being treated — more than a million people. And across the country over 28 million adults are not getting the help they need.

Debbie Plotnick, executive vice president for state and federal advocacy with Mental Health America, is talking about efforts in some places to make it easier to involuntarily institutionalize homeless people.

"Many states like New York are putting a lot of money into their budgets for mental health. And Governor Hochul is certainly to be congratulated for doing that. However, there are some things that are very regressive that are being looked at in New York and California and in other places," Plotnick said. "So we pretended we didn't see folks on the street and then by forcing them into involuntary treatment. Now, what folks who are on the streets who are un-housed need first and foremost is housing. So the issues are very complicated and very varied."

Actor David Mann shares how he found support for his mental health and how he's encouraging others to seek help.

Public agencies like the police in Georgetown, Kentucky are acutely aware of the need for mental health services.

In Georgetown, there has been a 68% increase in crisis encounters since 2017.

"They don't know who else to call, right. So they call us. They call dispatch. They call 911," Lair said.

And in Ohio Governor Mike DeWine says he wants to build what has been described as a mental health research hub and conduct a landmark study on the root causes of mental illness and drug addiction. he says too often families in crisis have nowhere to turn.

"All of these things are coming up in the states, and access is one of the biggest issues," Plotnick said.