Students Took A New SAT, But It May Not Fix An Old Problem 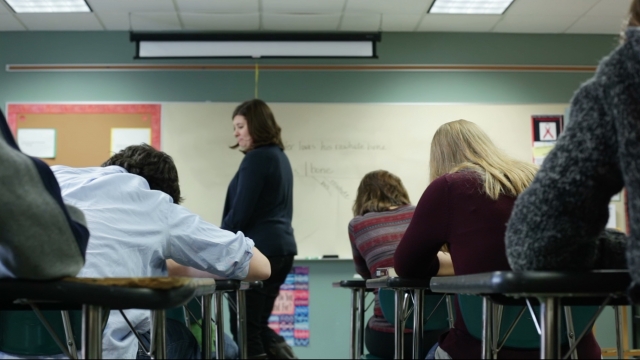 The test's overhaul was meant to level the playing field, but it might not be enough for students of color.

This weekend, students took an overhauled SAT, which looks more like the ACT, with no penalties for guessing incorrectly and no more archaic vocabulary. But experts aren't expecting much to change for students of color.

"We expect that no change will take place in the capacity of the test to close gaps on the racial or income side of the ledge," Bob Schaeffer of FairTest said.

The SAT has a longstanding reputation as the more elitist of the two tests, and dramatic achievement gaps contribute to that.

"The culture and practice of test preparation that now surrounds admissions exams drives the perception of inequality and injustice in our country," said David Coleman, the president and CEO of the College Board.

Critics of the exam partially blame costly test prep, which is out of reach for a lot of students of color because of economic disparities.

Last year's batch of SAT results put less than 23 percent of Hispanic test takers at the College Board’s benchmark for college and career readiness and less than 17 percent of African-American test takers.

The College Board, along with Khan Academy, offered free online test prep last year. Even though the College Board has tried to make the test more accessible in recent years, the redesign might have made the situation worse in some ways.

Change can mean panic for students and parents, which could translate into more money spent on private test prep and more disparity in test results.

One test prep company told the Boston Globe revenue increased 40 percent in the year leading up to the new test.

FairTest argues test-optional college admissions are part of the solution.

"Schools and scholarship agencies which heavily rely on test scores to make selection decisions will still give the majority of opportunities to kids who've already had all the opportunities in life," Schaeffer said.

But one study suggests test-optional admissions could simply replace reliance on test scores with reliance on things like Advanced Placement courses and extracurricular activities, which students at under-resourced high schools might not have access to.

This video includes clips from the College Board, Scantron Corp., Sylvan Learning and Wake Forest University.