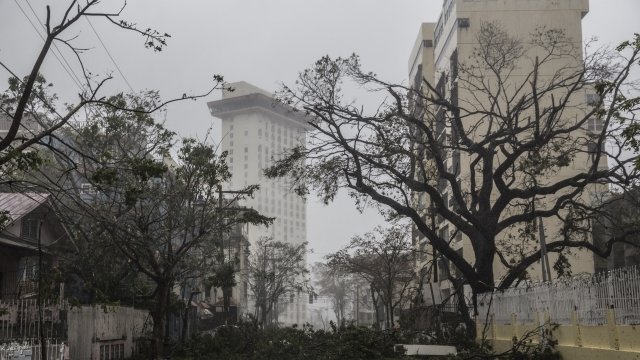 Researchers estimate the number of Puerto Rican residents who died after Hurricane Maria in 2017 is more than 70 times higher than the official toll.

That's more than 70 times higher than the official death toll — which currently stands at 64.

Hurricane Maria struck the U.S. territory back in September. It was the strongest storm to hit Puerto Rico in decades.

To get their estimate, researchers at the Harvard T.H. Chan School of Public Health randomly chose more than 3,000 households and interviewed their residents. Using the information gathered, researchers estimated there were 4,645 "excess deaths" in Puerto Rico between the day Maria made landfall and the end of 2017.

The study notes that number is a conservative one and that the real death toll could be more than 5,000.

Puerto Rico's governor announced in February that George Washington University would help review the number of deaths associated with the hurricane. The University promised to release its initial findings sometime in May, but the school's dean told The New York Times that researchers are "still acquiring data."