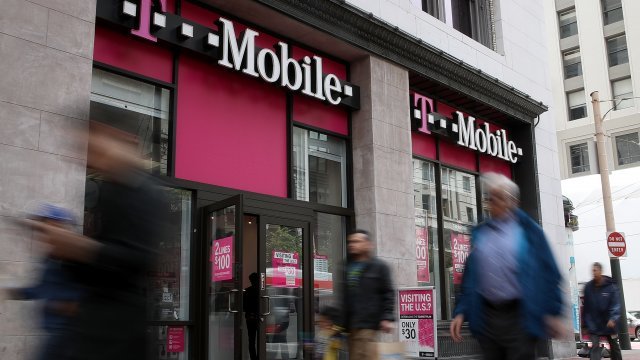 As the U.S. falls behind China and South Korea in the 5G race, T-Mobile and Sprint are pushing for a merger as a way to help the U.S. catch up.

For years, T-Mobile and Sprint have wanted to merge into a single company, but they've been blocked over concerns about limiting competition. Now, the two companies are taking a new approach: by framing it as a necessity for the U.S. to win the 5G race.

The U.S. currently trails South Korea and China in building fifth-generation wireless networks. But the competition is still close enough that there's no clear winner. And the stakes are high, as the winner stands to add an estimated 3 million jobs and $500 billion to GDP. Experts say if the U.S. wants to win, private companies need to speed up their 5G adoption process.

The US Won 4G, But It's Falling Behind In A Contested 5G Race

The U.S. won the 4G race, and that brought a big economic boost to its GDP. However, in the 5G race, the U.S. is behind — but it could catch up.

The CEOs of both companies said a merger would "supercharge" their efforts to establish strong 5G networks. This would likely appease the Trump administration, which has mulled over how the government could help get these 5G networks in place.

And this approach could clear legal hurdles that have stopped previous mergers. During the Obama era, mergers between large U.S. mobile companies were blocked by the FCC and Justice Department over concerns that a smaller market may lead to higher prices for consumers.

But those departments are now staffed by Trump-backed picks who may approve the deal to make sure America wins the 5G race. FCC Chairman Ajit Pai has said he would be OK with a merger as a means to keep the wireless market competitive.