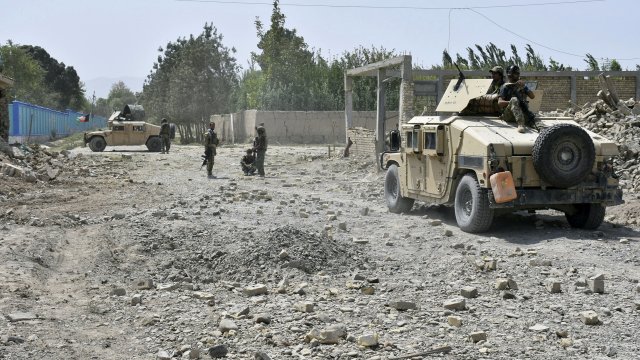 Military officials say rockets were launched at a U.S. military base and a joint U.S.-Afghan airfield. They believe the Taliban was responsible.

U.S. officials believe the Taliban violated a peace agreement between the U.S. and the insurgent group.

According to a New York Times report, three American military officials say rockets were launched at a U.S. military base and a joint U.S.-Afghan airfield in recent weeks. The officials believe they were fired by the Taliban.

A commander with the group denied it carried out any strikes on American bases. There were no casualties in either attack.

The U.S. and the Taliban signed their deal in February. Over the weekend, Afghanistan's president appointed a council to decide whether his country would sign a similar agreement.