Terror Attacks Worldwide Are Down For Second Straight Year 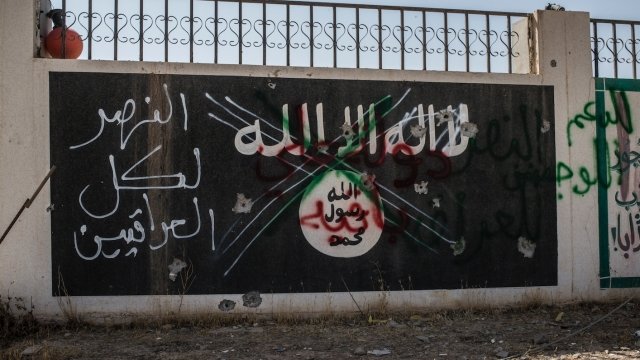 A new report on terrorism from the U.S. State Department says that for the second straight year, terror attacks and deaths are down.

Fifty-five percent of all attacks in 2016 were in just five countries — Iraq, Afghanistan, India, Pakistan and the Philippines.

And while ISIS and Al-Qaeda remain the most potent terrorist organizations in 2016, both groups have suffered considerable setbacks — losing both territory and important leaders.

Numbers for ISIS' propaganda distribution and media outlets were also down in 2016.

Iran was once again designated as the foremost state sponsor of terrorism, with the report citing the Iranian Islamic Revolutionary Guard Corps and Iranian proxies as destabilizing forces.

Sudan remained a designated state sponsor of terrorism, but there were no indications it was supporting any terrorist organizations in 2016. President Donald Trump recently extended the deadline for a review period on easing trade sanctions against Sudan.